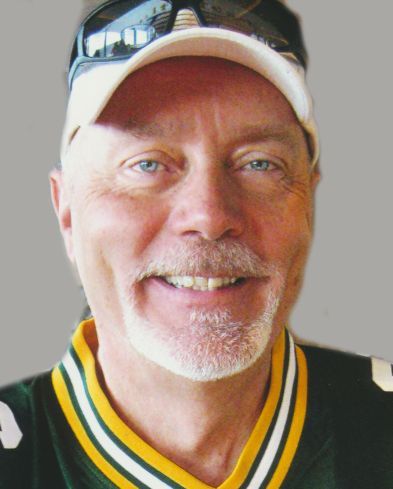 Dick Kollath, age 67, passed away on Saturday, March 23, 2013, following a long and courageous battle with cancer. Richard was born August 3, 1945, to the late Erwin and Pearl (Rohm) Kollath, and was a lifelong Appleton resident. He graduated from Appleton West High School in 1963, the Outagamie County Teachers' College, and was a 1968 graduate of University of Wisconsin ‚Äì Oshkosh. “Mr. Kollath” spent his entire career of thirty-seven years teaching at Highlands Elementary School, teaching 4th and 5th grade.

Dick loved hunting, shooting, reloading, and taking hunting trips to Wyoming, Canada, and South Africa. He was an avid reader and especially enjoyed science fiction and war history novels. He enjoyed traveling to places that he could scuba dive, and liked having breakfast with his retired teachers group and just visiting with friends. His greatest joy was spending quality time with his children and grandchildren at the Keyes Lake cabin. He was the best grandpa ever!

Dick is survived by his wife of forty-two years: Cindy (Dryja) Kollath; a daughter: Kelly (Mitchell) Huenink of Appleton; his beloved grandchildren: Charleigh and Korben Huenink; a sister: Barbara “B.K. Wetzel” and her husband Jim Huss; a brother-in-law: Jim (Judy) Dryja of Florida; and sisters-in-law: Carolyn Schultz of Minnesota; Connie Dryja of Maryland; Kimberly Dryja of Tennessee. He is also survived by his mother and father-in-law: Harold and Elvera Dryja of Krakow; and several nieces and nephews: Wendy (Richard) Carter, Stacey Wetzel, Wyatt Dryja, Parker Dryja, and Garret Dryja; a grand-niece: Mariah Wetzel; a grand-nephew: Ryan Carter; and best friends: Sam and Cindi Hesse of Winneconne. Dick was preceded in death by his parents and grandparents, a son Eric, and a brother-in-law Jeffrey Dryja.

The family would like to thank the many doctors, nurses, and staff at the Appleton Medical Center and the 7th Floor Oncology Staff for their wonderful care of Dick for these last weeks. Also, thanks go to the Carbone Cancer Center at the University of Wisconsin ‚Äì Madison for their three years of treatment.

INVICTUS
Out of the night that covers me,
Black as the pit from pole to pole,
I thank whatever gods may be
For my unconquerable soul.

In the fell clutch of circumstance
I have not winced nor cried aloud.
Under the bludgeonings of chance
My head is bloody, but unbowed.

Beyond this place of wrath and tears
Looms but the Horror of the shade,
And yet the menace of the years
Finds and shall find me unafraid.

It matters not how strait the gate,
How charged with punishments the scroll.
I am the master of my fate:
I am the captain of my soul.