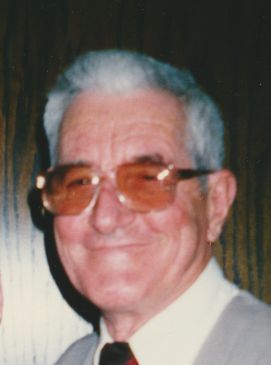 Richard P. Rasmussen, 82, went to his heavenly home November 29, 2013. Many knew him by Dick, Raz, Mr. Crescent and even Abe (A-bee). He was born June 17, 1931 to the late Paul and Doris (Peg Durkee) Rasmussen. When a child he had streptococcus infection so he spent the first grade in bed. While being a bat boy for the Appleton Papermakers, he received a broken nose from a warm up pitch. He graduated from Appleton High School in 1950 and went to Lawrence University for one semester before enlisting in the Army where he received a medical discharge. On October 9, 1954 married Shirley (Kasten) while being employed at Wisconsin Bearing Co. He then joined in his father's business, Crescent Electric Motor Service where he later took over as owner and operated it until his retirement in 1993. In 1964 they moved from Appleton to a farm in Grand Chute. He also worked part-time as a teller for three years at the Fox Valley Greyhound Park until their closing.

They spent many happy winters in Las Vegas where they made many friends playing bingo. In his younger years, he enjoyed sports, hunting, fishing, bowling and watching football. For many years, he enjoyed his Model A Coupe, going to Iola with the neighbors, working on his cars and going to auctions. He had a special interest in old toys and pedal cars, and he also enjoyed watching his grandchildren play sports.

The Christian Funeral Service for Richard will be held on Wednesday, December 4, 2013 at 11:00 AM at TRINITY EV. LUTHERAN CHURCH, W6399 County Rd O, Appleton with Rev. Ronald Ash officiating. A time of visitation will be held on Tuesday, December 3, 2013 from 4:00 until 8:00 PM at the Wichmann Funeral Home and on Wednesday from 9:30 AM until the time of the service at the church.

In lieu of flowers a memorial fund is being established in his name. The family would like to extend their thanks to Dr. Jack Anderson and the great care given by ThedaCare Hospice, especially Nurse Mary. Online condolences may be expressed at www.wichmannfargo.com