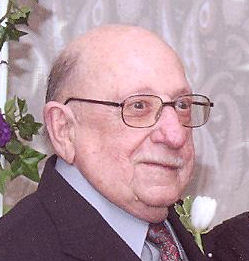 Richard Newhouse, 77, of Greenville, passed away peacefully at Cherry Meadows on Monday, October 24, 2011.

Richard was born on October 2, 1934 to Henry and Julia (Meyer) Newhouse in Loyal, Wisconsin. He served in the U.S. Marines from 1953 until 1957 and was stationed in San Diego. On January 30, 1960 he married Betty Schaetz and they started a family in Green Bay. Dick was in the grocery business for many years beginning with National Tea in Appleton and United Foods in Oshkosh and finally owning his own store, D & B Foods in Wild Rose in 1979 which he operated until 1990. After Dick retired he and Betty traveled, spending winters in Florida. Dick liked golfing, going to casinos and spending time at the cottage in Wild Rose as the kids were growing up. Dick was a member of the VFW and Wild Rose Lions Club.

Dick is survived by, his wife Betty, of Greenville, a son Daniel and a daughter Barbara, special friends; Simba and Archie, a special niece, who was like a little sister to him, Marie Lemerond, nieces, nephews, other relatives and friends.

Dick was preceded in death by his parents, a brother, Kermit Newhouse, a sister, Margaret Hastreiter and a nephew, Billy Newhouse.

A special thank you to the team at Theda Care Hospice and staff at Cherry Meadows for their compassion and loving care for our entire family. In lieu of flowers please send donation to St. Mary's Church in Greenville.