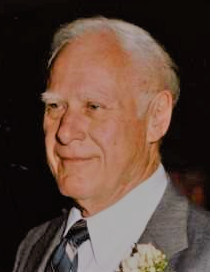 Richard M. Gaylord, age 84, passed away on July 3, 2018 in Menasha, Wisconsin. He was born in Crystal Lake, IL on February 10, 1934 to the late Mason and Mildred (Manson) Gaylord. After graduating from high school, he served during peace time in the U.S. Air Force, and later earned a Bachelor’s degree from Bradley University. Richard met the love of his life, the late Julie Lenz, in Lake Geneva, WI. The two were united in marriage on September 16, 1961 and spent 49 years together until Julie’s passing in 2011. Richard was employed at Bostrom Seating as a plant manager and retired in 1996. He was a resident of Menomonee Falls, WI for 49 years, and just recently relocated to Menasha to be close to family.
In his spare time, Richard enjoyed duck hunting and relaxing at his cottage on Lake Poygan. He especially enjoyed woodworking, making many pieces of furniture over the years.
Richard is survived by his children, Jaime (Andy) Santi, David Gaylord, and Patrick (Ann) Gaylord ; grandchildren, Adam, Kyle, Aaron, Brian, and Andrew; siblings, Raymond Gaylord; many other family and friends.
Richard was preceded in death by his brothers Gordon Gaylord and Gerald Frey.
A funeral mass for Richard will be celebrated at 11:30 AM on Tuesday, July 17, 2018 at St. John the Baptist Catholic Church, 516 DePere St, Menasha, by Rev. Paul Paider. Friends may visit at the church from 10 AM until the time of mass. Inurnment will be in St. John Catholic Cemetery, Menasha.