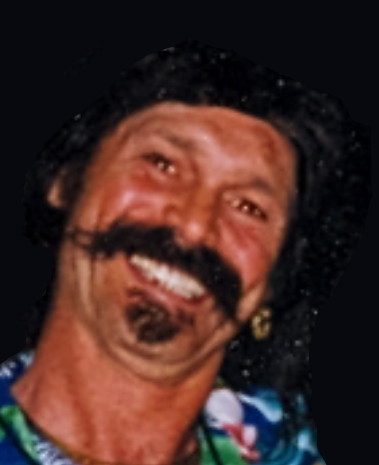 Richard “Dick” Cazzola died on Saturday evening October 13, 2012 at the VA Medical Center in Milwaukee, following a lingering illness at the age 62. Dick was born in Appleton, Wisconsin on November 9, 1949, son of the late Olinto “Joe” Cazzola and Pearl (Fink) Cazzola Walker who resides In Little Chute. Dick entered service in 1967 and served a tour in Vietnam. Dick was later injured in a motorcycle accident early in life that left him disabled and forced him to walk with a use of cane. Even with these disabilities, Dick led a very interesting life at times. In his early years, Dick enjoyed meeting of many friends at his cousin Tommy's Bar, “BOB's Inn”! Known to his friends as “KAZOO”, Dick made life interesting for everyone! Dick also enjoyed spending many hours outdoors in the yard, watching over the neighborhood, and visiting the family farm in the Upper Peninsula. Dick was very proud of his antique 1938 Chevy Coupe. He was a very active member of Street Cars and attended and won many trophies with his car at the car shows. Dick was also an active member of the Legion, VFW, and other organizations.

Survivors include his mother: Pearl (Fink) Cazzola Walker of Little Chute; his daughter: Carrie Anne Lockhart (David Johnson) of Aretta, Georgia; four brothers: Fred (Peggy) Cazzola of Kaukauna; Michael (Sarah) Cazzola of Haines City, Florida; David (Gretchen) of Spring Grove, Illinois; and William (Tina) Cazzola of Little Chute; a special aunt: Arlene and several cousins of Kaukauna. He is further survived by uncles Bob and Fred, and other aunts and uncles, all originally from the farm near Foster City, Michigan. There are also many nieces and nephews, and many relatives and good friends. He was preceded in death by his father: Joe Cazzola; his grandparents: Nell and Nick Fink and Linda and Joe Cazzola; and an uncle: Lyle Fink.

A graveside service with full military honors will be held at 3:00 PM, on Friday, November 9, 2012 at ST. MARY CEMETERY in Kaukauna. Following the military honors, the family will return to the Greenwood Fargo Funeral Home, 500 Hendricks Avenue, for a time of visitation and reflection from 4:00 PM until the prayer service at 7:00 PM. Deacon Randy Haak will preside at the service.