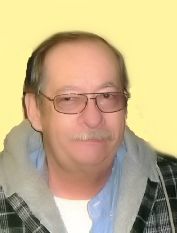 Richard J. O'Connell, age 71, of Menasha, passed away on Monday, December 5, 2016. He was born on January 18, 1945 in Neenah to the late Phillip and Alvina (Spearick) O'Connell. Richard graduated from Menasha High School in 1963. He married Lilly Kwiatkowski on August 5, 1967 at St. John's Catholic Church in Menasha. Together they were blessed with two children, Kelly and Brian. He was employed with the city of Menasha as a mechanic for thirty years.
Some of Richard's favorite things to do were, deer hunting, Sturgeon spearing and watching NASCAR and football. Richard and Lilly owned land in Suring, Wisconsin, where they vacationed for twenty-five years. Eventually they built a house there and lived for several years before returning to Menasha in 2015.
He is survived by his loving wife, Lilly; two children, Kelly (Dewey) Bates and Brian O'Connell; three grandchildren, Justin O'Connell, Kendall Bates and Abbie Bates; his brothers, Wayne (Jan) O'Connell, Gerald (Linda) O'Connell and Keith (Sue) O'Connell and his brothers-in-law, Jim “Otto” Kwiatkowski, Richie Kwiatkowski and Tom Kwiatkowski. Richard is further survived by many nieces, nephews, other relatives and friends.
In addition to his parents he was preceded in death by his in-laws, Frank and Virginia Kwiatkowski.
The funeral will be held on Thursday, December 8, 2016 at 4:00 p.m. at Wichmann-Laemmrich Funeral Home, 312 Milwaukee Street of Menasha. Visitation will be held on Thursday, starting at 3:00 p.m. until the time of the service. In lieu of flowers, a memorial fund has been established in Richard's name. Online condolences can be expressed at www.wichmannfargo.com.
Richard's family would like to thank the caring staff of Affinity Hospice of Neenah- especially Laurie Hockers; for the compassionate care given to him and his family. His family would also like to recognize those who visited him at home.