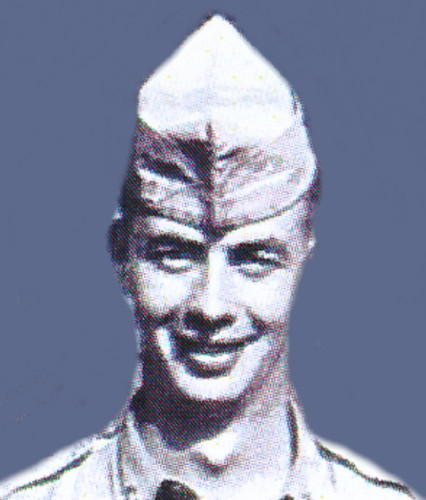 Richard Beinemann, age 80, passed away Monday, September 10, 2012 at the Wisconsin Veterans Home in King, Wisconsin. Dick was born in Sheboygan on November 9, 1931, son of the late Alfred and Malitta (Lang) Beinemann. He was a 1950 graduate of Sheboygan North High School, and then served his country in the United States Army during the Korean War. Dick was a recipient of the Purple Heart, was a member of the Honor Guard, and was a member of the Harvey Pierre Post #2778 of the VFW. On November 29, 1958, he married the former Janice Schuchardt in Sheboygan, she survives. For forty-two years, Dick was employed by the H.C. Prange Company, first in Sheboygan and then in Appleton. He retired in 1992 from his position as the area manager of the furniture department.

Dick enjoyed sports of all kinds, especially hunting and fishing. In his younger years he taught his children how to fish and his son how to hunt, encouraging them to love the outdoors. For several years, Dick bowled in various leagues in the area and was an avid Packer fan and season ticket holder. He was one of the guys who really did go to the Ice Bowl. He loved to play sheephead and poker with his buddies and lady friends at Ridgeview Highlands as well as going to the casino with his friends. Last Friday, he won his very last game of cribbage by beating his son Mike big time. Even with all of his hobbies and his work, the most important thing to Dick was his family – he loved them all and took such pride in all of their accomplishments.

The funeral liturgy for Dick will be held at 10:30 AM on Saturday, September 15, 2012 at ST. PIUS X CATHOLIC CHURCH, 500 W. Marquette Street in Appleton, with Fr. Thomas J. Farrell officiating. Entombment will be in Highland Memorial Park. Friends are welcome to gather at the church on Saturday morning from 9:00 AM until the time of the service. In lieu of flowers, a memorial fund is being established. Online condolences may be offered at www.wichmannfargo.com

The family would like to thank everyone at the Wisconsin Veterans Home in King for their care and compassion. Your kindness will never be forgotten.

Julane, we will always remember your dedication to your dad and how you cared so well for him. He could have been in no better hands than yours. Thank you for your love and compassion.

Thank you, Mike and Roxane, for always being there. Thank you, Nate, Nic, and Casey Jo – you are all special.