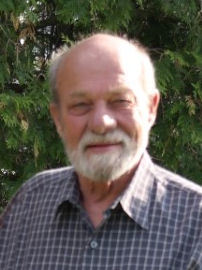 Richard R. Hartung, age 75, of Appleton, passed away peacefully surrounded by the love of his family on June 1, 2017. He was born on July 18, 1941, son of the late Clarence and Bernice (Bentz) Hartung. He graduated from Appleton West High School in 1959. It was there that he met the love of his life and high school sweetheart, Donna Tews. Richard and Donna were married in 1963 at St. Joseph's Parish in Appleton. In 1969, Richard started his career at Kimberly Clark as a Maintenance Foreman. He retired in 1999.

Richard was an outdoors man at heart; he enjoyed hunting out West or at the cabin in Tilleda and fishing trips to Canada with his family and friends. He and his entire family looked forward to annual family camping trips up north. Together, Donna and Richard looked forward to their nightly cribbage games and traveling. Above all, Richard loved the time he spent with his family.

Richard leaves behind his wife of 54 years: Donna Hartung; his three children: Kathy (Tim) Hartung-Kramer, Mark (Cami) Hartung, and Patty (Terry) Chomniak; and his grandchildren: Jessica Kramer, Emily and Adam Hartung, and Allison and Matthew Chomniak. Richard is preceded in death by his parents: Clarence Hartung and Bernice Swenson, his stepfather: LaVern Swenson; and his stepsister: Karen Swenson.

The funeral service for Richard will be held at 11:00 a.m. on Tuesday, June 6, 2017 at the WICHMANN FUNERAL HOME, 537 N. Superior St. Appleton, with Deacon Rick Simon officiating. A time of visitation will be held from 9:30 a.m. until the time of service. Interment will immediately follow at Highland Memorial Park. A memorial has been established in Richard's name to benefit the American Lung Association. Online condolences may be expressed at www.wichmannfargo.com