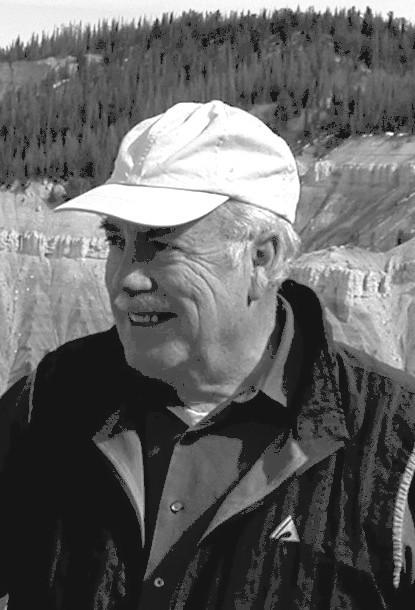 Dick was a unique man of rare character who had a positive impact on many. He served as a Reserve Captain in the Infantry, 32nd Division, receiving his honorable discharge in 1964. He enjoyed a gratifying 50+ years at Haviland Hearing Aids in partnership with his brother Duane. Dick was a founding member and past president of the Wisconsin Chapter of the National Hearing Aid Society, as well as board member and past president of the Fox Valley Technical College Board of Directors. He also served on the Fox Valley Symphony Board of Directors.

Dick had many diverse interests such as winemaking, astronomy, photography and oil painting. He was an enthusiastic outdoorsman who loved to take a carload of kids camping, skiing, hiking or to the museum. He was fun to be with and those times have provided many wonderful memories for his kids, grandkids, nieces and nephews.

Dick's passion in his later years was genealogy, with a special interest in the Civil War. At the age of 75 he published his first book titled “Splendid Gallantry” about the Union Army's Eleventh Corps, the Twenty-Sixth Wisconsin Volunteers – one of whom was an ancestor of Dick's. A few years later, his genealogical research prompted his 2nd book, “Finding Captain Myles Standish”. He enjoyed traveling with Ruth to Civil War sites as well as England as part of his research, and cherished the family connections that he made as a result.

Dick is survived by his wife Ruth, and their children Rick (Julie) Haviland, Barbara (Gary) Hartwig, Tory Haviland (Norm Christnacht) and Peggy (Brian) Maillet. He will be missed by his grandchildren Nalani Haviland, Andy and Allison Hartwig, Olivia, Ruby and Louis Maillet, as well as his many loving nieces and nephews. Dick was the oldest of 10 children and is survived by brothers Duane (Janet), Colin, Keith, George and sister Diane (Del) Schmeichel. He was preceded in death by siblings Gary, Moonyean, David, and Kathy.

A memorial gathering will be held later in the summer. Time, date and location will be published in the Appleton Post Crescent.

The family would like to thank the staff and volunteers at Cherry Meadows Hospice for the loving care that Dick received. They would also like to extend their appreciation to Dr. Lee Vogel for her skill, kindness and compassion, and to Dr. William Guenther and the staff at the Cancer Center.

In lieu of flowers, contributions may be made in his memory to Community Hospice Foundation – Cherry Meadows, 1818 N Meade St, Appleton, WI 54911.