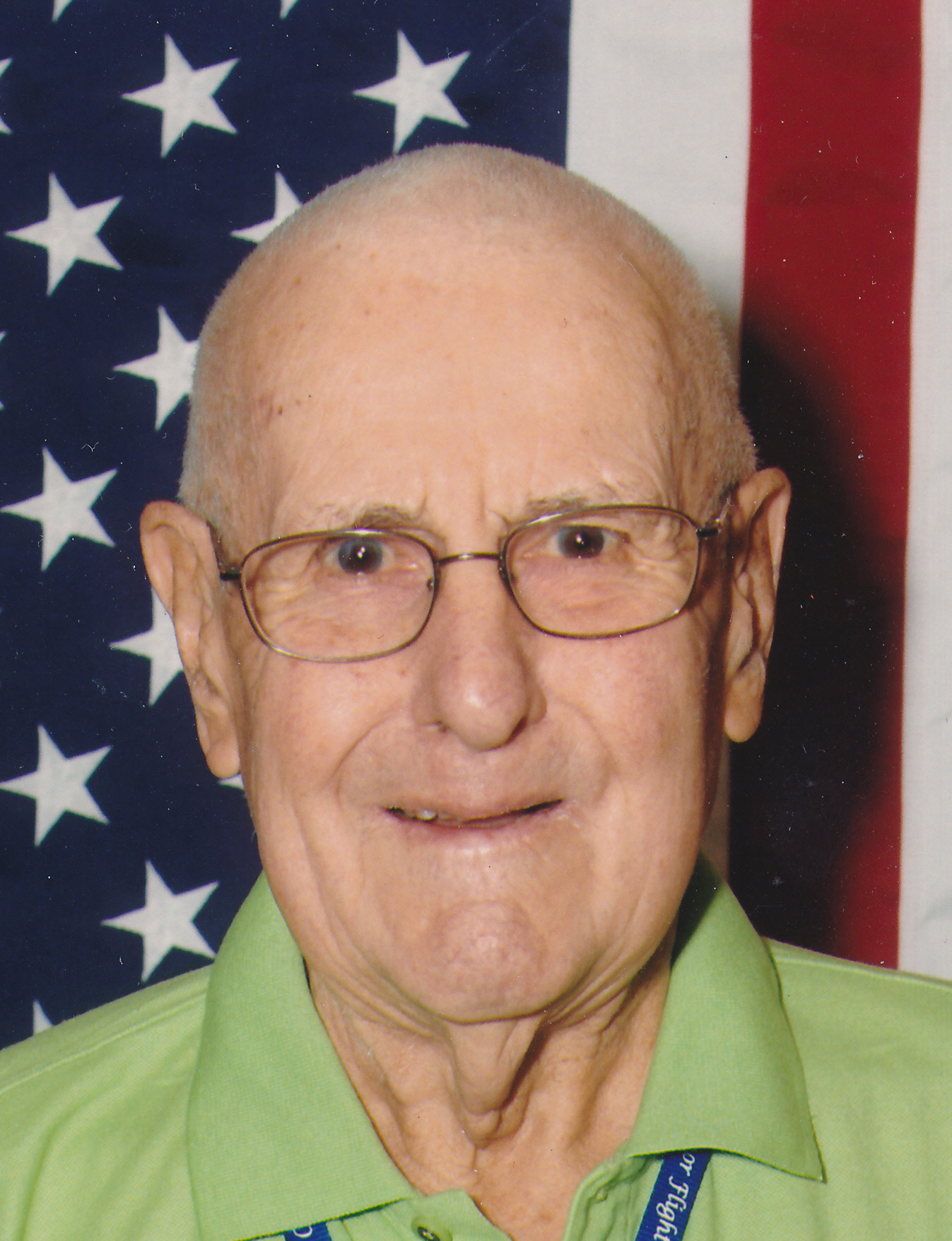 Richard graduated from Loyola academy, Chicago Illinois in 1947, where he played football and excelled in swimming. He then attended Wabash College, Crawfordsville, Indiana, graduating with a BA in economics and political science. He was a charter member of Phi Kappa Psi fraternity, along with the Sphinx Club, the Young Republicans, and the army reserve. Upon graduation from Wabash, Richard enlisted in the Air Force. After basic training, he was involved in aviation training, graduating as a 2nd Lieutenant and radar observer. He was also a classroom and flight instructor until returning to civilian life in 1955.

Richard worked as a life insurance agent for Franklin Life, Allstate, and Homeco Life Companies. In 1973 Richard joined United Grocers of Little Chute, Wisconsin and started an insurance department for the food warehouse to serve the needs of the warehouse and its members. When Roundy's purchased United, United's insurance department was merged with Roundy's and Richard became Vice President, Northern Division of Insurance Planners, a division of Roundy's. He retired in 1990.

Throughout his life, Richard was involved in many activities. He was a member of the Optimist Club in Skokie, Illinois and Appleton, Wisconsin, as well as a member of the Neenah-Menasha Elks Club. He was an active member of the Criminal Justice Sub-Committee of Fox Cities Unites. He was part of a group that started and continued the successful Victim Impact Program of Outagamie County. He was also President of the City of Appleton Alcohol, Tobacco and other Drug Abuse Prevention Committee. He was a member of the Grand Chute Police and Fire Commission.

Richard has been an active Wabash College alumnus and thoroughly enjoyed returning to Crawfordsville, Indiana to join his fraternity brothers for homecoming activities and football games. He was a passionate recruiter for Wabash College, even manning a booth each year at the Xavier High School College Fair. He wore his Wabash red colors proudly!

In the early 80's, he became more physically active and entered many 5K races. He loved golf and enjoyed many years with friends at Fox Valley Golf Club where he was a member for twenty-five years. He also loved tennis and enjoyed playing at BridgeKort and later Club West.

Richard loved taking canoe trips into the Boundary Waters, Minnesota and Quetico Provincial Park, Canada with his children. He always enjoyed telling the stories of the trips he took with his daughters. His last canoe trip was with his son and grandson and it was a very memorable occasion.
Many trips were taken with his beloved wife, Elizabeth, who he married in 1992. They traveled to Copper Canyon in Mexico, Jasper Park, Canada and the former East Germany. They also enjoyed trips to Munich and Bavaria, Germany, a cruise to study Mayan civilization and ruins in the western Caribbean as well as golf in Arizona, Tennessee and Alabama. Of special interest and pleasure was a trip to Scotland and England with Elizabeth and her sister, Audrey.

Richard joined Trinity Lutheran Church, Appleton in 1980. He was a reader, served three years on the Church Council and was chairman of the property committee. During this time he made several canoe trips into the Boundary Waters and Canada with Pastor Dave Morton. In 2003, Richard joined Christus Lutheran Church in Greenville. He was an usher, greeter, reader, communion distributer, leader of the Worship Team, member of the Call Committee and member of the Church Council.

Richard was a substitute teacher in the Appleton, Little chute, Kaukauna, Kimberly, Menasha and Hortonville School Districts. In recent years, he spent most of his time at Kimberly and Hortonville middle school and high schools. He totally enjoyed working with the students and their teachers. He developed many special friendships with students and their families. He enjoyed attending many of their basketball and football games. Health reasons forced him to retire from subbing.

On May 8, 2014 Richard was proud to be on the Old Glory Honor Flight to Washington D.C. He felt it was an awesome experience to be one of a group of veterans of World War II and the Korean War visiting the memorial sites in the Capitol. He was so blessed to be so honored and he just could not stop talking about the kindness they were shown and especially that from his Guardian, Marilyn Binder.

Richard was very grateful for the years he has enjoyed as a member of Alcoholics Anonymous and the many friends he has made through it. They and sobriety have been the most treasured part of his life. Without sobriety the rest of his life was not possible.

In addition to his parents, Richard was preceded in death by his son Christopher, his brothers John and Robert, his sisters, Charie and Lisa, his son-in-law Dr. William F. Kennedy, and his first wife and mother of his children, Nancy C. Fyfe.

Friends may call at Wichmann Funeral Home of Appleton, Superior Street Location on Saturday February 21, 2015 from 3:00 to 7:00 pm. Visitation will continue at the church on Sunday afternoon from 1:00 to 2:00 pm. Funeral Services for Richard will be on Sunday February 22, 2015 at 2:00 pm at Christus Lutheran Church, N1915 Julius Drive, Greenville, WI 54942. Full Military Honors will follow. For more information and to express online condolences, please visit www.wichmannfargo.com.

The family would like to thank the staff and nurses of Affinity Hospice, especially Laurie, for the wonderful care given to Richard.