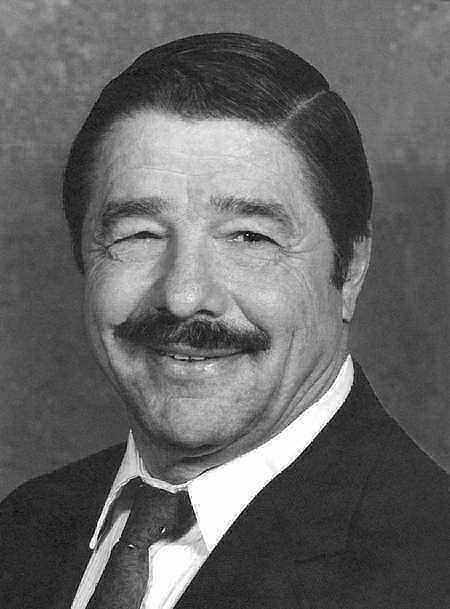 Dick Van Epern, age 74, of Kaukauna, died peacefully at home January 5, 2007. He was born March 28, 1932 to the late William and Euphamia (Meulemans) Van Epern, in Kaukauna. Dick married his high school sweetheart Helen Deering, August 11, 1953 and spent 53 years together in marriage.
He was a member of Holy Cross Catholic Church, where he was a charter member of the Holy Cross Finance Committee and an usher, he served 32 years on the Vandenbroek Fire Department retiring as Assistant Chief in 1992. He was also an Ag Committee member of the Chamber of Commerce, ASC Committee Member and the Jaycees.
Dick and Helen along with their children operated Van Epern Dairy Farms. He was born in the farmhouse where he later began his farming career alongside his father Bill. Dick moved his family on the farm in 1962 where he was a leader in modern farm technology, installing one of the first milk pipelines and circular parlors in Wisconsin. The progressive farm hosted visitors from 5 countries, 35 states and countless school children over the years. One of his proudest achievements of his farming career was hosting Wisconsin Farm Progress Days in 1981. Other events he proudly hosted were Farm City Days, Breakfast on the Farm, Jaycees Circus, and Fox Valley Tech Ag course tours.
Dick is survived by his devoted wife, Helen, and loving children, Terry (Kris) Van Epern, Kaukauna; Robin (Lee) Verbruggn, Little Chute; Sandy (Jeff) Kunkel, Leavenworth, KS; Guy (Bonnie) Van Epern, Hurley, WI; Roxy (Jerome) Gebert, Kaukauna; Will (Beth) Van Epern, Kaukauna; his 13 grandchildren Derik (Annie), Van Epern, Kurt (Nikki) Van Epern and Heidi (Dennis) DeRosso, Casey and Laura Verbruggen, Kyle, Corey and Cameron Kunkel, Corey Van Epern, Aidan and Jack Van Epern, Danielle, Andrea and Mikaela Gebert, and great grandchildren Brett and Taylor Van Epern.
He is further survived by his brothers and sisters Carl (Delores) Van Epern, Marion (Jim) Kobussen, Roy (Sally) Van Epern and Karen (Rick) Ramstack. Sisters in-law Mariann Legener and Pat Deering-Robach. Brothers-in-law, Leo VandeLoo and Roger Wolf. godchildren: Carol VandeLoo-Crevier, Barbara Legener, Dan Deering, Dan Kobussen, Don Van Epern, and Annie Van Epern.
He was proceeded in death by is parents, Bill and Fay Van Epern, brothers Ray, and Don and sisters Helen VandeLoo and Marylou Wolf, his mother and father-in-law George and Laura Deering and brothers-in-law Robert Deering and Richard Legener, and sister-in-law Bea Van Epern.
The funeral liturgy for Richard will be at 11:30 am, Tuesday, January 9, 2007, at HOLY CROSS CATHOLIC CHURCH, 309 Desnoyer Street, with Father Jack Mullarkey officiating. Burial will be in Holy Cross Cemetery. Friends may call at the funeral home from 4 to 8 pm, Monday and on Tuesday at the church from 10:00 am, until the time of the service. There will be a parish prayer and scripture service at 7:00 pm, Monday. In lieu of flowers a memorial fund has been established