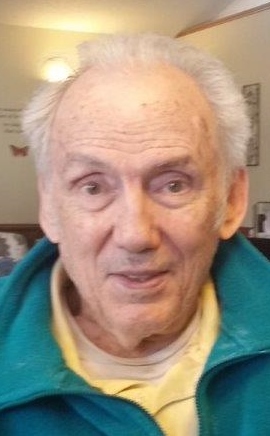 Richard Franklin born on May 16, 1933 in Minneapolis MN and passed away on December 29, 2016 in Little Chute WI, Richard was a true revolutionary, driven by his love of leftist causes and rejection of mainstream culture. He was helped by a prodigious intellect, which also allowed him to pursue coursework and/or teaching positions at St Olaf College, the University of Minnesota, the University of Texas, and the National Autonomous University of Mexico. In Mexico City in the 1950s, he developed a special interest in Latin American politics and the struggles of indigenous peoples, and back in the U.S in the 1960s he was attracted to causes that sought to overthrow existing structures or alter conventional thinking. He was an early, vocal, and uncompromising supporter of civil rights causes and women's rights, and an ardent atheist. As an instructor at the University of Minnesota, he marched in one of the first gay pride demonstrations and continued to support LGBT issues throughout his life. He was a great lover and defender of animals and an advocate of environmental reform.

Jobs came and went. He was a dance instructor, a translator, a tourist guide, a cab driver, a university lecturer in Spanish and in Humanities, a Spanish language curriculum developer and textbook writer, a gay bar owner, a photographer, a rational-emotive therapist, and a writer, among other pursuits. His two favorite jobs were teaching Humanities at the University of Minnesota, where he reveled in showing others how social movements shaped history in the 20th century, and photographing the African-American and Latino community as part of a grant by the city of St. Paul. His most prized accomplishment was publishing a self-help book based on the rational-emotive therapy approaches developed by Albert Ellis, and he was pleased that his book was cited by Ellis and Carl Sagan, whom he admired greatly.

Richard's personal life was often in disarray as he restlessly pursued his dreams. He was married twice but felt constrained in conventional relationships. He had a beloved son, Kent, but failed to maintain contact. He could be inflexible and dismissive of those who did not share his views. On the other hand, Richard had a deep empathy for the underdog and was endlessly interesting, courageous, and admirable in his dedication to principle.

Sometime after 2010, Richard began showing signs of the Lewy Body dementia that would eventually bring about his death, a cruel development for someone so focused on matters of intellect. When life at home became problematic, he was helped through this transition by the compassionate staff at Care Partners Country Terrace Assisted Living, led by Rhonda Pingel.

Richard is survived by his companion and ex-wife Kathryn Stewart, his dear cousin Michael Mattern and his family, especially Justin, by his cherished friend Arthur Lueders, and by other friends and relatives. He was preceded in death by his parents Ralph and Marie and his brother Bruce. As per his wishes, there will be no service. Rest in peace at last, Richard.