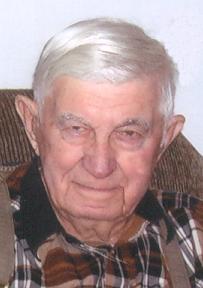 Age 85, passed away at St. Elizabeth Hospital in Appleton on Monday, November 12, 2007. He was born in the Town of Gardner on October 9, 1922 the son of the late Ernest and Effie (Delsipee) Kaye. On December 30, 1943 Richard married his wife of 63 years, Bernadine Destree, at Christ the King Church, Sturgeon Bay. Richard attended a one room school in Stevenspier, Gardner Township, and later worked for Allis Chalmer, Appleton, for 30 years, retiring in 1985. Richard loved traveling throughout the United States, especially spending his winters in Florida with Bernadine.

The funeral service will be at 11:00 a.m. on Thursday, November 15, 2007 at ALL SAINTS EPISCOPAL CHURCH, 100 N. Drew St., Appleton, with Rev. Patrick Twomey officiating. Friends will be received at the Jansen Fargo Funeral Home on Wednesday from 4:00 p.m. until 8:00 p.m. and at the church on Thursday from 10:00 a.m. until the time of the service. Burial will be in Union Cemetery, Kaukauna.