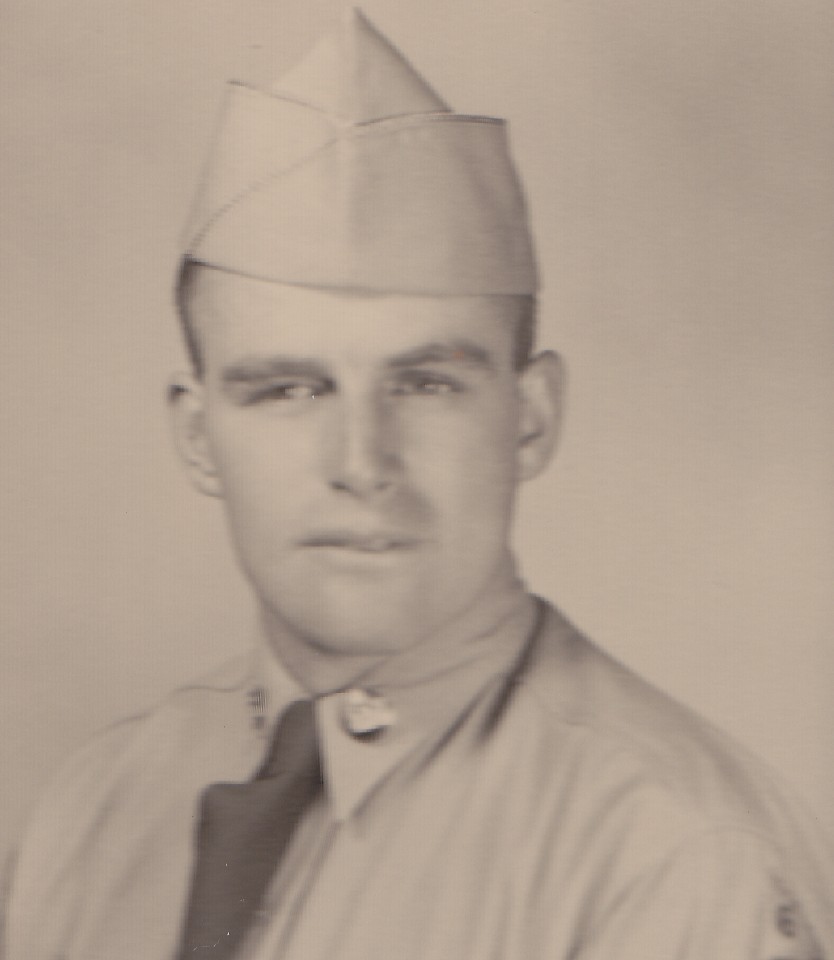 Dick Eichinger, age 84 of Combined Locks, passed away on Friday morning, August 1, 2014. Dick was born in Appleton on January 6, 1930, son of the late Ignatius and Mary (Thurner) Eichinger. He attended school until the ninth grade, and then entered technical school to become a machinist. Instead, he ended up working at the Combined Locks Mill for nearly fifty years. He served in the United States Army, with his entire tour of duty being spent in Frankfurt, Germany. Dick enjoyed playing cards, bowling, and entering sweepstakes. In his later years, he learned to enjoy computer games, and even had his own FaceBook account!

The funeral liturgy for Dick will be held at 11:00 AM on Tuesday, August 5, 2014, at ST. PAUL CATHOLIC CHURCH, 410 E. Wallace Street in Combined Locks, with Fr. Andrew Kysely officiating. Full military honors will follow the service, and burial will be in the church cemetery. Family and friends are invited to gather at the church on Tuesday morning from 9:30 AM until the time of the service. Online condolences may be offered at www.wichmannfargo.com.

The family would like to thank all of Dick's friends and caregivers for their support. They include Dr. Turk and everyone on the 8th floor at Appleton Medical Center, ThedaCare Hospice staff, his dear friends Tom, Jerry, and Ron for all of their help, Joan and Pat, and his many “girlfriends.” We will never forget your kindness.