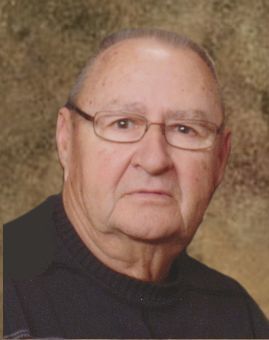 Richard F. “Dick” Conlon, age 77, of Appleton, passed away unexpectedly at St. Elizabeth Hospital, on Friday, June 24, 2016. Dick was born on September 5, 1938, in Appleton, to the late William and Elizabeth (Dennee) Conlon. He married Peggy Davis on October 21, 2006, in Appleton; she survives. Dick proudly served his country in the United States Army. He was employed as a superintendent at Consolidated Construction for over 37 years.

Dick was an outdoorsman who spent much time at his beloved cabin in Taylor County. Bear hunting was his passion but he also enjoyed hunting white tail deer. He was well-versed in politics and current events and easily engaged in conversations with friends and family.

Survivors include his wife of ten years, Peggy; his sisters, Ellen (Jim) Lewis, Irvine, California, and Mary Conlon, Neenah; his son, Tracy Conlon, Appleton; his daughter, Corrie (Greg) Kranzusch, Neenah and their children, Jeremy and Amanda; his step-children, Adam (Karissa) Johnson, and their children Austin and Kayden, Oswego, New York; Samantha Capelle, Appleton; and Tyler Capelle (special friend, Kendra) and their daughter, Hayden; and his faithful companion, Hunter, his Golden Retriever. He is further survived by many nieces, nephews, other relatives and friends.

Memorial services will be at 11:00 a.m. on Saturday, July 2, 2016, at WICHMANN FUNERAL HOME, 537 N. Superior Street, Appleton, with Rev. David Packett officiating. There will be a visitation at the funeral home on Saturday from 9:30 a.m. until the time of services. In lieu of flowers, a memorial has been established in Dick's name. Online condolences may be offered at www.wichmannfargo.com