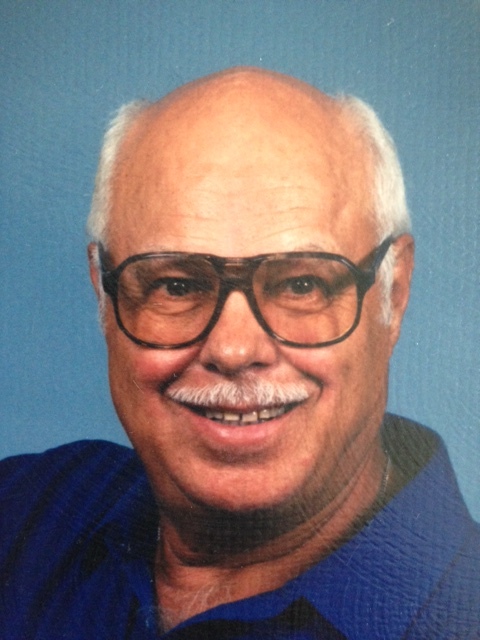 Richard Edward “Darky” Ristau, 90, passed away peacefully on Sunday, May 22, 2016 at Atrium Acute Care in Little Chute. He was born on April 14, 1926 in Appleton to the late Otto Ristau and Catherine (Van Dinter). Richard graduated from Kaukauna High in 1947, where he excelled in football, baseball, track and boxing. Later, in 1975, he was inducted into the Kaukauna Hall of Fame. On April 17, 1944, Richard enlisted in the U.S Navy and served as Storekeeper Pharmacist Second Class USNR, primarily in the Pacific Theater. He served until June 15, 1946, when he was honorably discharged. He received the World War II Victory Ribbon, the American Area Ribbon, the Asiatic Pacific Area Ribbon and the Philippine Liberation Ribbon. After his service in World War II, Richard returned home to complete high school. He then attended Lawrence University in Appleton, where he played football.
In 1948, he met the love of his life, Marion Lemmers, whom he married on September 17, 1949, at Holy Name Catholic Church in Kimberly. Richard left college early to get married and start a family, all of whom were raised in Combined Locks. He worked for 40 years at Thilmany Pulp & Paper Company in Kaukanua, retiring in 1990.
Richard had numerous hobbies and interests. He was a slow-pitch softball umpire for over 25 years and played horseshoes for 20 years at Jerry Kamp's Bar in Combined Locks. He was also an active member of the VFW for 25 years. He enjoyed playing golf and watching the Packers. He lived a Christian life, serving St. Paul Catholic Church, Combined Locks, in several capacities, including usher, lector, choir member and communion distributor.
Richard was preceded in death all too soon by the love of his life, wife Marion “Un” Ristau in 1992; his father Otto in 1938; and his mother Catherine in 1982.
Richard was a warm, generous, and loving husband, father, and grandfather. He will be dearly missed by his surviving six children, Mark (Linda) Ristau, Combined Locks; Rob (& Sue) Ristau, Kimberly; Kim Ristau, Combined Locks; Rene (& Jon) Daniels, Weston; Faith (& Jim) Schiedermayer, Hortonville; and Adam (& Julie) Ristau, Appleton. He is also survived by his ten grandchildren, Tiffany (& Scott) Reay, Tara Ristau, Troy (& Michelle) Ristau, Eric (& Kelly) Ristau, Jenelle Ristau, Riley Ristau, Alrich Ristau, Morgan Daniels, Erin Daniels and Ben Schiedermayer. He is further survived by eleven great-grandchildren: Trent Reay, Clyde Reay, Riley Ristau, Dana Ristau, John Ristau, Marion Ristau, Erica Ristau, Elizabeth Ristau, Sophie Ristau, Claire Ristau, and Catherine Ristau.
“He brought us joy…we loved him well”. From poem by A.E. Housman.
The funeral liturgy will be held on Thursday May 26, 2016 at 11:00 a.m. at ST. PAUL CATHOLIC CHURCH, 410 E. Wallace Street, Combined Locks. Visitation will take place starting at 9:30 a.m. until the time of the service at church. Military Honors will follow the service. In lieu of flowers, memorials will be donated to St. Paul's Parish in Richard's name.