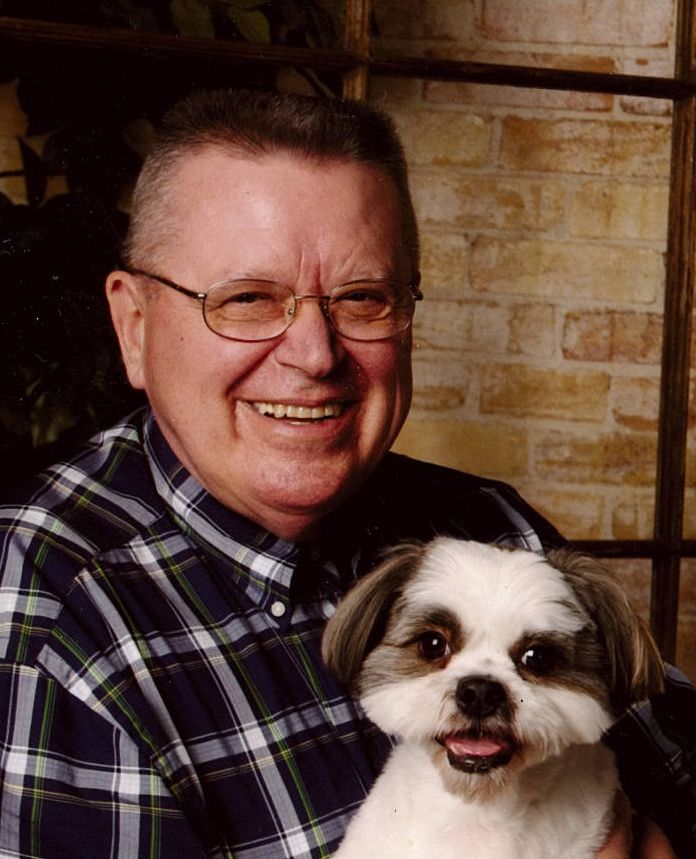 Richard J. Weck, 78, of Menasha, died peacefully at his home on December 21st, 2017. He was born on December 9th, 1939 in Milwaukee. He moved to the Fox Valley as a child and graduated from Neenah High School.

After being stricken with severe childhood Polio, Dick was fortunate to receive excellent medical care and support. He deeply appreciated the kindness shown to him at such an early age, and was dedicated to living the remainder of his life in service to others and to his community. As a young man, Dick was employed by Theda Clark Hospital as an orderly. He enjoyed assisting his patients, and would greet them each day with a sunny disposition. He especially liked working with children who, like him, had been diagnosed with Polio.

Dick then went on to become a police officer for the City of Menasha, and served on the force for over twenty-five years, attaining the rank of sergeant. He was very proud to serve as an officer and enjoyed seeing all the people he met while walking his beat. His fellow officers had a very deep respect for Dick, and considered him a role model. In fact, even many years after his retirement, Dick was recognized and highly-esteemed by his community.

Dick is survived by a brother, Tom Smith, who cared for him until his death; a sister-in-law, Lori Smith; a nephew, Justin Smith; and a niece, Meghan (David) Miller. He is further survived by his dear friends, Frank and Shirley Erdmann, and their children Carrie, Julie, Wendy, and Tim, who were like family to him. Dick is also survived by his fellow police officers and many friends in the community, as well as by his beloved dog, Mimi.
Preceding Dick in death were his mother and stepfather, Hattie and Everett Smith; and a brother, Steven Smith.

Visitation for Richard J. Weck will be held on Friday, January 5th, 2018 at Wichmann Laemmrich Funeral Home, 312 Milwaukee St., Menasha, WI from 10:00 a.m. until 12:00 p.m., with a service to follow at noon. Hospice Chaplain, Cliff Mast, will serve as officiant. Entombment services will be private. In lieu of flowers, memorials may be directed to the City of Menasha Police Department Canine Unit.

The family wishes to express their sincere gratitude to John and Julie David Home Care Assistance of the Fox Cities; Ascension At-Home Hospice Care, Neenah; and especially to Julie Hallada and Brittany Doering, for the care and compassion shown to Dick, so that he could remain in his home until his passing. Online condolences may be expressed at www.wichmannfargo.com.