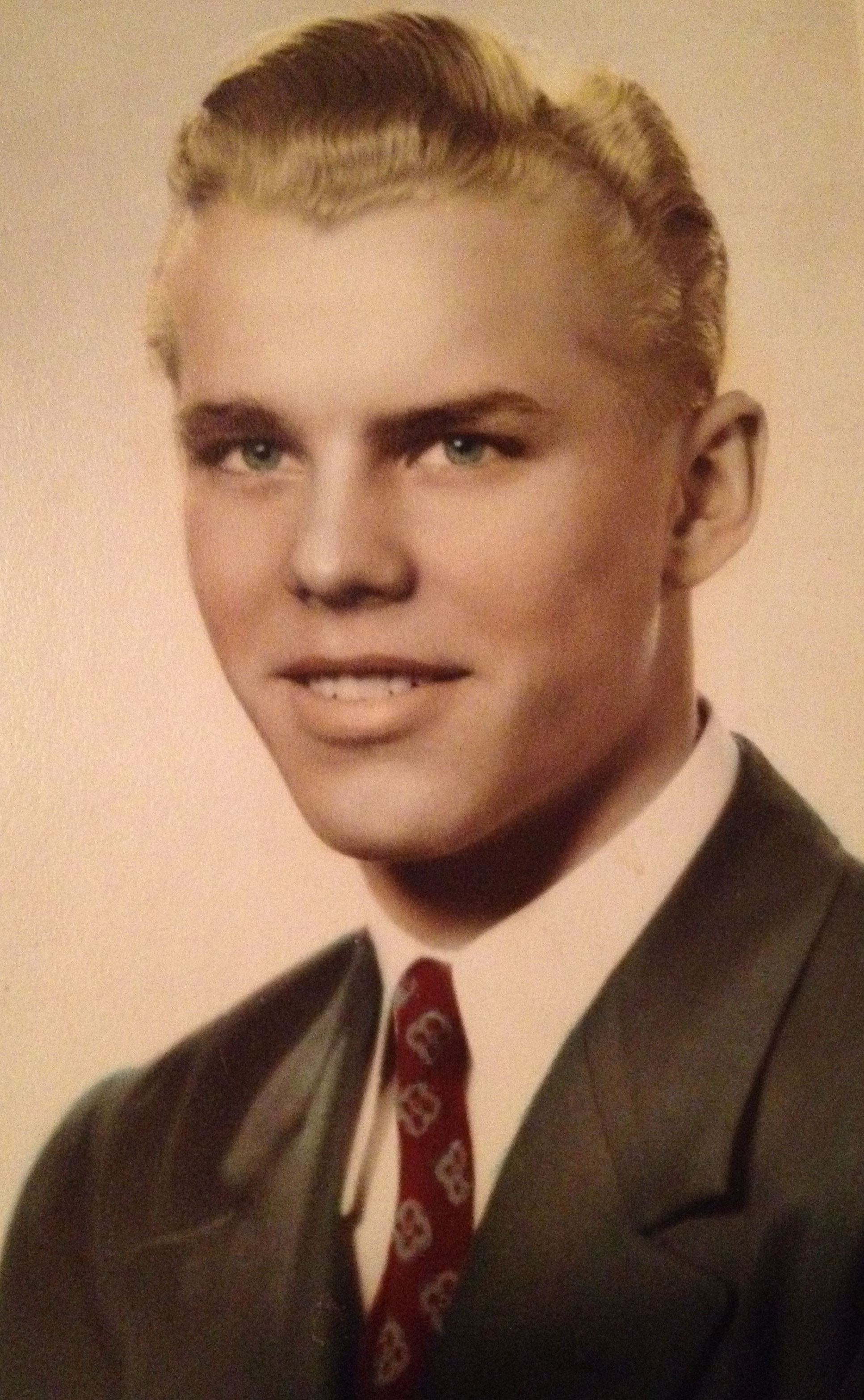 Richard Cline, age 86, of Appleton, passed away on Saturday, April 11, 2015 surrounded by his loving family. Dick was born at home on June 8, 1928 to the late John and Wilmett (Jackson) Cline. As a boy, he roamed the woods of northern Minnesota and the streets of Milwaukee, Wisconsin. He grew up poor but well loved. He served in the U.S. Army during the occupation before the Korean War. Dick married the love of his life, Shirley Rebman, on June 13, 1953. Together they created a home and raised seven children. He considered this his greatest accomplishment. Dick was a graduate of Marquette University and The Marquette School of Medicine. In 1943, he was inducted into Phi Chi, the International Professional Medical Fraternity. He completed his OB-GYN residency and started his first medical practice in Detroit, Michigan. The family moved to Wisconsin in 1968, and Appleton became home.

Dick was most happy out of doors. He respected and was in awe of nature's beauty and complexity. He spent much time in “the bush” walking, hunting, fishing and canoeing. For many years, he and Shirley made their second home up north on Surprise Lake. The cottage was the family gathering place. His grandchildren grew up together fishing, swimming, waterskiing, tubing, eating corn on the cob, and hanging out in the sauna and around the fire pit. Among their favorite memories are the Super Soaker water fights: Grandpa versus 15 grandkids. He was a natural athlete. Staying active and challenging himself was his form of leisure. As a young man, he was an accomplished gymnast and speed skater. In 1959, he took up skiing and skiing took ahold of him. He loved it. Dick skied locally, in the Rockies, Canada, Europe and New Zealand. He taught his wife, all his children, grandchildren and many of their friends how to ski. Most of them developed their own love of the thrill of speeding over sparkling snow in the crisp winter air. Dick enjoyed working with his hands. Again, he relished a challenge. If a thing was broken, he could fix it. If someone else could make something, he could make it as well. He was a loyal Packer, Marquette and Badger fan. He and Shirley filled the Marches of their retirement with trips to NCAA basketball tournaments.

Dick lived “Family first”. Taking care of his beloved wife was job number one. They enjoyed date nights and getaways together throughout their long marriage. Dick was a devoted son to his mother. He was a loving and energetic father, spending his free time with his family, usually sharing a favorite outdoor activity.

Dick was a truly self-made man. From humble beginnings, he lived the American Dream. He worked two and three jobs at a time to put himself through school and take care of his growing family. In his own words, “I saw more, did more and had more than I ever imagined possible”. He was a humble man who did not seek recognition. He was an honest man, sometimes to a fault in conversations. He was an exceptionally giving man, not just of heart, but in time, in wisdom and in deed – a true model of generosity for his family to follow. He was a hardworking man. He believed any job worth doing was worth doing well. It was important to him to be useful, to be productive, and to contribute. He did this in his personal life, taking advantage of life's teaching moments as they presented themselves to his children and grandchildren. He did this in his professional life. He brought 8, 000 babies into this world. He was a respected member of the medical community. He was true to himself and his values. He was a tough old Finn with a huge heart. He was a good man.

Dick is survived by his loving wife of 61 years Shirley; his children: Barbara (Will) Sparks and their daughters Kathleen (Carlos) Zuniga and their children Mia and Camila, Anne (Arturo) Perez and their son Jayden, and Bridget Sparks and her husband Zak Macejkovic; Kathleen Cline and her husband Anthony Patinella and their children Gage, Madeline and Jackson Patinella; Beth (John) Winkler and their sons Jeff and his fiancé Katie Lowney and Patrick; Carolyn Cline and her fiancé Daniel Konz and Carolyn's children Brittany, David, and Anna Crewe; Nancy (Paul) Schneider and their children Wilmet Leslie (Rick) Nelson, Cara Atkinson and Gabriella Schneider; Pat Cline and her wife Patty McKenzie; and Rick Cline and his daughters Colleen and Kelly. He is further survived by his brother and best friend John “Jack” Cline and his children Jackie Roche and Scott Cline. Dick is preceded in death by both of his parents and a niece Pamela Mastrosfano.

The family is thankful for the kind care given Dick by the staff of Brewster Village and Home Instead. Dr. Jack Anderson and Dr. Thomas Mattio, thank you for your expertise and compassion. A special thanks to Barbara Weiland Agnes Dick's “personal trainer” and family friend.

Funeral services will be held at 4:00 p.m. on Wednesday, April 15, 2015 at WICHMANN FUNERAL HOME TRI-COUNTY CHAPEL, 1592 Oneida Street, Menasha with Chaplin Jordan Kuczwara officiating. A time of visitation will be held after the service from 5:00 p.m. until 8:00 p.m. In lieu of flowers, memorials may be made out to American Parkinson's Disease Association. Online condolences may be offered at www.wichmannfargo.com.