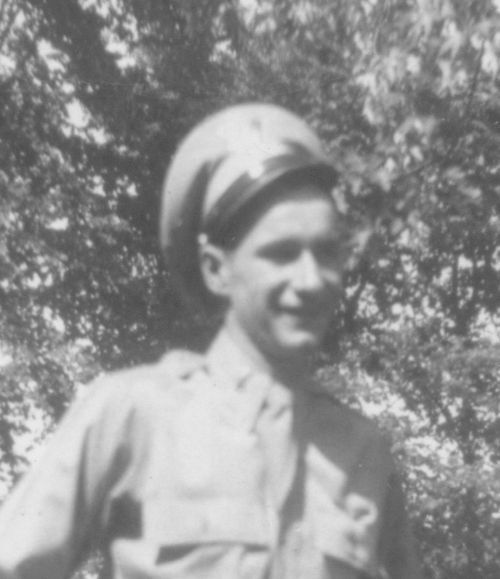 Richard “Dick” Eugene Randolph, age 91, of Appleton, took his last flight home on February 19, 2015, at St. Elizabeth Hospital. Dick was born in 1924 on Valentine's Day, son of the late Fred and Margaret (Hall) Randolph. He graduated from Tahquamenon Area Schools in 1942 before spending four years in the United States Air Force. Once discharged, he married Jean Minard on August 23, 1947. They shared 47 years together before her passing in 1994.
Dick always had a love for airplanes and flying. He enjoyed building airplanes and held his pilot's license until 2006. He was also involved in the E.A.A and was a former treasurer for the E.A.A Appleton chapter 444. Besides flying, he loved to read, cook and decorate. Above all, he cherished the time spent with his family.
Dick is survived by his nieces: Randy Sue (Jon) Swartzmiller, Mary Randolph, Jane (Ron) Johnson and Merle (Bob) Edwards; his nephews: Robert Selleck and David (Carol) Wood. He is further survived by many other nieces, nephews, relatives and friends. He was preceded in death by his parents, wife, and infant daughter, Mr. and Mrs. Arthur Lamburg who raised Dick, sister Jean (William) Selleck and brother Frederick (Betty) Randolph and his niece Maggie Selleck
Dick's family would like to thank a special friend and caregiver Antonette Vanbeuningen for all her kindness and support, as well as Fox River Assisted Living.
A memorial service will be held in the spring. Online condolences may be expressed at www.wichmannfargo.com.