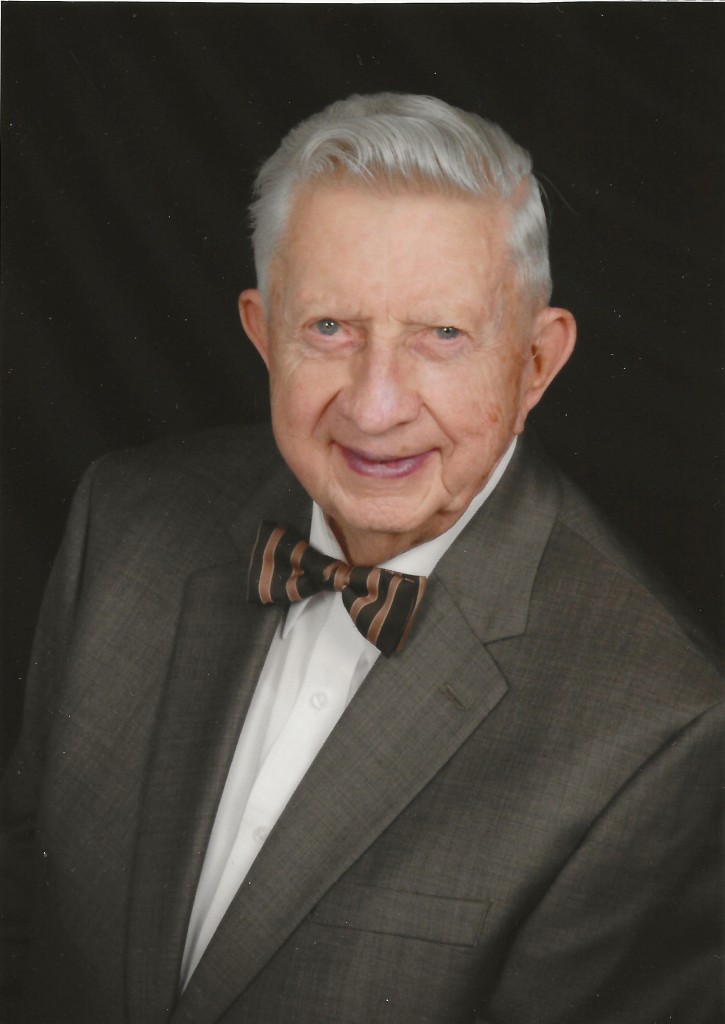 Dick Van De Weghe, age 94, passed away peacefully at home on Friday, August 23, 2019 at 1:24 pm. He was born February 27, 1925 in Escanaba, Michigan. The son of the late Charles and Ingaborg (Bloomquist) Van De Weghe of Gladstone, Michigan. In 1943 he graduated from Escanaba High School, and then attended college at Michigan Technological University where he received his BS degree in Mechanical Engineering in 1947. He married the late Jaqueline Taylor of Laurium, Michigan in 1946 and together raised six children. Jacqueline died in 1999 after 52 years of marriage. In 2001 he married Kay (Goodwin) Falk of Appleton, Wisconsin.

Upon graduation from Michigan Tech, he accepted an engineering position with Westinghouse in Boston, and later accepted a position with Kimberly Clark as a staff engineer in Neenah, remaining with KC until 1959. In 1959 he founded Allied Fireplaces, Inc. and continued in his business until his retirement in 1988. During his years in business, he helped to organize and was a Director of the National Fireplace Institute. He also was a Director of the Valley Western Bank, and the National Railroad Museum of Green Bay, and served as the past Director of the Fox Cities Chamber of Commerce on the aviation committee.

Dick had several lifelong interests. He was a private pilot. He was also a lifelong railroad fan. Through the years he worked at his hobby as a guest conductor on many steam train excursions here in the Midwest and enjoyed anything to do with railroading. He also served as a member of “Operation Lifesaver” - a program to teach people of the hazards of railroad tracks and crossings.

The funeral service for Dick will be held at Mount Olive Ev. Lutheran Church, at 930 E. Florida Avenue in Appleton on Friday, August 30, 2019 at 11:00am with the Rev. Robert Raasch officiating. There will be a visitation on Thursday, August 29, 2019 from 4:00pm to 7:00pm at the Wichmann Funeral Home of Appleton, 537 North Superior Street. Visitation will continue on Friday morning before the service from 9:00am to 10:45am at the church. For more information and to express condolences, please visit www.wichmannfuneralhomes.com.

In lieu of flowers, a memorial will be established with donations going to foreign missions of the Wisconsin Evangelical Lutheran Synod.