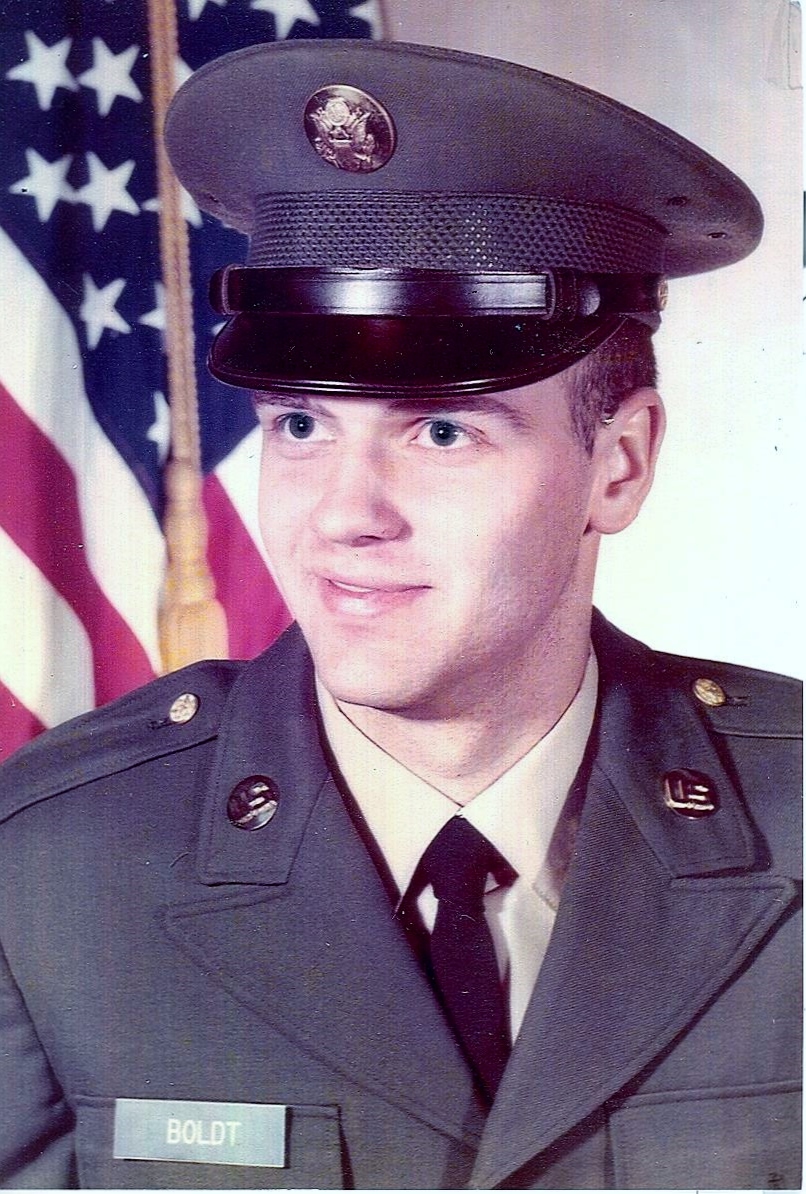 Richard Boldt, age 63, of Appleton, passed away unexpectedly at his home on Wednesday, November 4, 2015. He was born on September 13, 1952, in Appleton, to the late Elmer and Ada (Vander Zanden) Boldt. Richard graduated from Appleton East High School in 1971. He proudly served his country in the United States Army from 1973 to 1974, stationed in Korea. He married Dennie Un Cha on May 24, 1974, in Korea. Richard was employed at Presto Products for over 43 years, retiring in 2014. He was well-known as an extremely skilled handyman and Packer fan. More importantly, he was a loving, kind, and gracious husband, father and grandfather. He especially enjoyed the time he spent with his grandchildren.
Survivors include his wife of 41 years, Dennie; his son, Daniel, of Appleton and his daughter, Carey (Jason) Rice, Menasha; his grandchildren, Tyler Boldt, Samuel and Kaitlin Schulz, and Avery Rice; his siblings, Barbara (Ronald) Broehm, Oconto Falls; Norbert (Donna) Boldt, Appleton; Thomas (Mary) Boldt, Appleton; Larry Boldt, Appleton; Randy (Cindy) Boldt, Menasha; and Alan (Cheri) Boldt, Appleton; his nephew, Yong Un (Jessica) Chi; and his great niece Erin Chi and nephew Ethan Chi. He is further survived by many other nieces and nephews, other relatives and friends.
Funeral services for Richard will be at 3:00 p.m. on Saturday, November 7, 2015, at APPLETON ALLIANCE CHURCH, 2693 W. Grand Chute Blvd, Grand Chute, with Pastor Mark Tegtmeier officiating. Friends may call directly at the church on Saturday from 2:00 p.m. until the time of services. Military Honors will be observed at Highland Memorial Park on Tuesday at 10 a.m. The family would like to thank Katie Schalk for her loving care. Online condolences may be offered at www.wichmannfargo.com.

Dad, you taught us all how to work hard in every effort. We will continue to love you endlessly and will miss you very much.