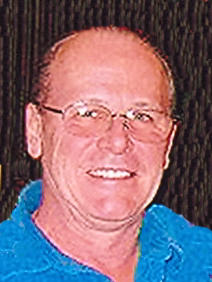 Richard Furcho, age 62, passed away at his home early on Saturday, November 17, 2012. Rick was born in Chicago on September 26, 1950, son of the late Andrew and Audrey (Vanderbusch) Furcho. Following high school, he served in the United States Army, and for over forty years was employed by Thilmany Pulp and Paper. He enjoyed antiques, craft shows, and flea markets, and collected everything coins and stamps to coffee mugs.

Rick is survived by his loving wife: Bonnie Furcho, who he married in August of 2000; a son: Ryan Furcho of Green Bay; a daughter: Michelle Furcho of Minneapolis; two step-children: Kimberly Marie Hansen of Warrenville, Illinois and James (Samantha) Hansen of Glendale Heights, Illinois; a step granddaughter: Ava Grace Prewitt; a sister: Sandy and her family; two brothers: Bruce and Scott and their families; a brother-in-law: Derek (Joy) Vanderbusch of Statesville, North Carolina; and a sister-in-law: Margo Vanderbusch of Lake Zurich, Illinois. Rick was preceded in death by his parents and two brothers-in-law: Randy Vanderbusch and Kenneth (Debbie) Vanderbusch.

In keeping with Rick's wish, no services will be held at this time.