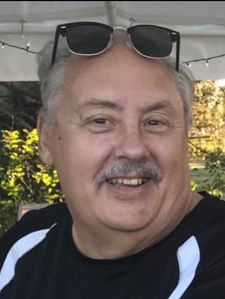 The day you left was the saddest day of our life. It may be selfish but we still wish you were here, or that you had another year. We know you loved us and we still love you too, so we are trying to stay strong just for you. Even though you were holding on for so long, but there’s not a day we don’t think of you and how you were so strong.

Rex was a family man that was the happiest when he had his family around. He was always willing to lend a helping hand or teach you something new. He had big shoulders to cry on and big arms to hug you with. He was always there to listen and offer worldly advice, he was the easiest man to talk to and never pass judgment.

He was preceded in death by his parents, brothers: Anthony (Ike) Kadlec and Harvey Kadlec, a sister-in-law Gloria Matuszewski, Joan's parents Victor and Dorothy Matuszewski.
.

The funeral service for Rex will be held at 11:00 AM on Monday, April 15, 2019 at the Wichmann Funeral Home, located at 537 N. Superior Street in Appleton, with Pastor Tim Albrecht officiating. Burial will take place at Riverside Cemetery following the service. Family and friends are invited to gather at the funeral home on Monday from 9:00 AM until the hour of the services.

The family would like to extend their greatest appreciation to Appleton Retirement Community and St. Paul Hospice.