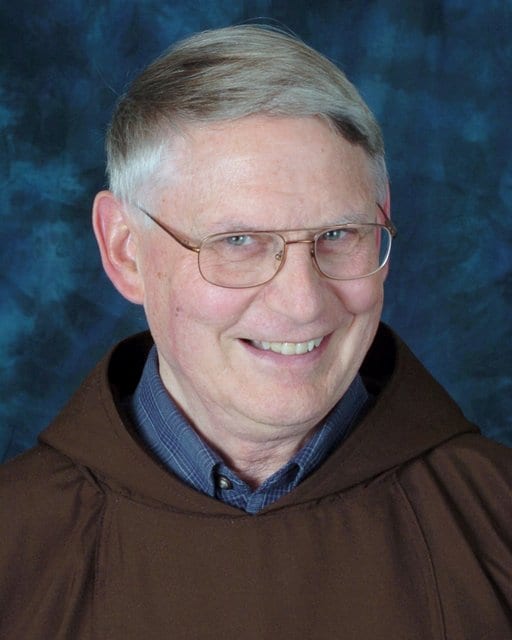 Fr. Ron is survived by 6 siblings, Bob of Madison, WI, Jack (Ruth Ann) of Freedom, WI, Bill (Nancy) of Raleigh, NC, Betty (Dave) Gritt of Mequon, WI, Carole (Tom) Barnum of River Hills, WI and Barbara (Tom) Hazinski of River Forest, IL; many nieces and nephews; dear friends; and his many Capuchin brothers with whom he lived, prayed and ministered for many years.

In addition to his parents, Fr. Ron was preceded in death by his sister-in-law “Biby” Gubler Casey.
A Funeral Mass will be celebrated for Fr. Ron at 10 AM on Tuesday, October 20, 2020 at St. Joseph Catholic Church, 404 Lawrence St., Appleton, WI, 54911. Family and friends may visit at the church from 8 AM to the time of mass, which may be viewed via Livestream by visiting wichmannfuneralhomes.com on the day of the mass. Interment will follow at 2 PM in Holy Cross Cemetery, Mt. Calvary, WI.

The family would like to thank all the staff and friars at both St. Fidelis Friary and Heartland Hospice for their loving care of their brother, Fr. Ron.

Please leave a special message or condolences for Fr. Ron below.