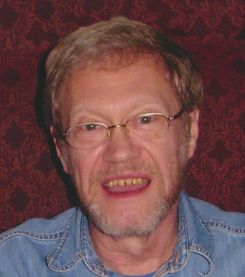 Rev. Richard Fite, died in the house he designed along the Machickanee Flowage on Friday, November 9, 2012, with his son at his side. He was born on October 8, 1944, in Ottumwa, Iowa, to the late Donald and Jessie (Walden) Fite. Richard grew up in Ottumwa, Iowa, where he graduated from Ottumwa High School. He then attended Iowa Wesleyan College where two years later met Diane Sharp.

Richard graduated from IWC in 1966. Richard and Diane were married on May 25, 1968, at First United Methodist Church in Appleton. They had one son, Christian. During their first 14 years of marriage they had 18 jobs. Their first apartment was in Albia, Iowa, where Richard was a social worker. They moved to Oshkosh, Wisconsin, in 1969. In 1992, they sold their house and moved to Darien, Wisconsin, to begin their student pastorates as they attended Garrett-Evangelical Theological Seminary. They graduated in 1996. Over 18 years of ministry Richard served as pastor for nine congregations. Many have benefited from his ministry, compassionate care, and dry humor. Richard retired in 2010. Richard loved to paint with acrylics. He painted many paintings, doorstops and created walking sticks. Richard loved his woodworking workshop in his basement. A few weeks before he died he was still making beaded jewelry. Richard enjoyed and loved his family, especially his special grandsons, Andrew and Alex. He loved nature and sitting around the fire pit with family and friends. On August 25, 2011, Richard's doctor told him his body was filled with cancer. Later that day one of his paintings received a blue ribbon, while a second painting received a red ribbon at the Oconto Fair in the Senior Division. It was his saddest and happiest day. Richard lived life to the fullest, even with cancer and then the addition of Parkinson disease. He relied on his faith to help him through. With the prayers of so many and medical care, he lived 14 months. We are thankful for those months as we enjoyed Richard's ever growing dry sense of humor.

A graveside service for Richard will be held in Appleton at a later date. In lieu of flowers, a memorial fund has been established in his name. Richard's family wishes to thank everyone who said a prayer for him and his family. They wish to thank Green Bay Oncology, and Heartland Hospice, who gave Richard and family care and compassion.