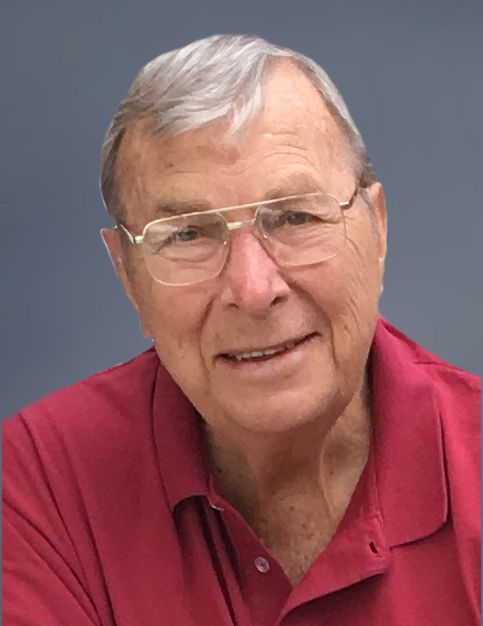 Monsignor Schommer was born in Kaukauna, to Raymond and Rosalia (Wydeven) Schommer. He grew up with one sister and two brothers. He attended Kaukauna High School and earned a Bachelor of Science degree at the University of Wisconsin- Stevens Point, in 1954. Although he did not end up playing professional football, the Green Bay Packers drafted him and he played in three exhibition games. This led to a lifetime of involvement in the Green Bay Packer organization, as well as being inducted into the Athletic Hall of Fame at both Kaukauna High School and the University of Wisconsin- Stevens Point.

Passionate about the education of children, in 1965 Monsignor Schommer served as the Assistant Diocesan Superintendent of Schools, and in 1969, was appointed Diocesan Director of Schools. During this same time, Monsignor Schommer attended Marquette University in Milwaukee to earn a Master’s degree in Education. In 1970, he again attended Marquette University for a Doctorate in Education and eventually was appointed Superintendent of Education for the Diocese of Green Bay. He was named Executive Officer of the Year by the National Association of Catholic Boards of Education in April 1984. In 1975, he was named a monsignor and raised to the dignity of Honorary Prelate by Pope Paul VI.

Mark will be dearly missed by his family and friends. He is survived by his dear friend and housekeeper, Pat McGrath. He is further survived by his brother: Dan Schommer of Kaukauna; his sister: Sister Mary Lee of Holy Family Convent in Manitowoc. Also surviving are nieces and nephews who adored him: Mike (Kaethi) Schommer, Pat (Jim) Buss, Lisa (Wes) Kain, Shelly (Randy) Sprinstroh, Corri (Travis) Jahnke, Tracy (Jeff) Wydeven, Terri (Rick) Kuchelmeister, and Bill (Diane) Schommer; and a sister-in-law: Karen Schommer. There are also eighteen great nieces and nephews, as well as many great-great nieces and nephews. He was preceded in death by his parents, Rose and Raymond Schommer, a brother Ray Schommer, a sister-in-law Lois Schommer, a niece Rebecca Schommer, and a former sister-in-law Virginia Ranquette.

On Monday, July 17, 2017, after the Reception of the Body, visitation will take place from 5:00 PM until 7:00 PM at St. Katharine Drexel Parish; St. Mary of the Annunciation Worship Site, in Kaukauna. A Prayer Service will conclude visiting hours at 7:00 PM and will be led by Deacon Steve Vande Hey. Visitation will continue at the church the next morning from 9:00 to 11:00 a.m.

The Funeral Liturgy, expressing our faith and our hope in the promised glory of the Lord’s Resurrection, will take place at 11:00 AM, Tuesday, July 18, 2017, at St. Katharine Drexel Parish; St. Mary of the Annunciation Parish Worship Site, located at 119 W. 7th Street, Kaukauna, Bishop Morneau will be the Celebrant and Homilist. Burial will be at St. Mary Cemetery, Kaukauna.

In lieu of flowers memorials may be directed to the Diocese of Green Bay. For more information or to share a memory, please visit www.wichmannfargo.com

Thank you for generosity, love, prayers, support, and guidance. You were respected and loved by so many. We find peace knowing you are in the arms of your Lord and Savior. God Bless you Father Mark.