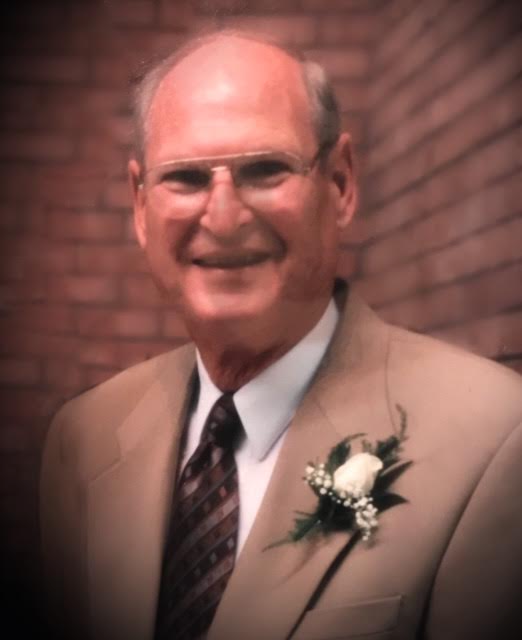 The Rev. Maynard Beemer was called home to the loving arms of his Lord on August 6, 2019, following a very brief illness. Maynard was born in Abilene, Kansas on September 14, 1933, son of the late Leslie and Lottie (Carrier) Beemer. On August 15 of 1954, he was united in marriage to Wanda (nee Kurtz), who preceded him in death in 2013.

Maynard grew up in Dickinson County, Kansas, one of five children on a dairy farm with a menagerie of animals. He graduated from Lakeland College, Mission House Seminary and has his M.Div. from United Theological Seminary of the Twin Cities. He has served churches in Missouri, Kansas, Arizona and Ohio, and First Congregational UCC in Appleton, from 1972 until 1982 and again from 1994 until 2001. Maynard completed 17 years of faithful service at First Congo in December of 2001 and had the title and privileges of Pastor Emeritus bestowed upon him. Maynard enjoyed fishing, reading, bicycling, gardening, and spending time with family.

He was ordained in Elmo, Kansas, on June 8, 1958, and over the course of his career has touched countless lives and served families at churches in Grand Pass, Missouri - Eudora, Kansas - Lawrence, Kansas - Appleton, Wisconsin – Sun City, Arizona, and finished his preaching career in Appleton in 2001. His retirement travels took him around the world, with emphasis on mission trips to Mexico and Kenya. Maynard’s retirement also found him being called back to service as a very qualified and desirable preacher at many churches, including First Congregational in Appleton.

Upon retirement Maynard was instrumental in leading and launching the congregation-based justice organization in the Fox Valley, called ESTHER. He was great at building relationships and at building the “Beloved Community,” where all people are treated with dignity. He was a fierce advocate for the underdog. He truly lived his faith. He didn't see people, whether mighty or small, in the eyes of the world, as anything other than brothers and sisters. No one was insignificant to him, and no one was so powerful they couldn't be challenged. The world really is a better place because Maynard was here.

Maynard is survived by his daughter: Gina (Chuck) Schroeder of Appleton; son-in-law: Pete Sorenson of Menasha; four grandchildren: Sam (Kayt Erickson) Sorenson, Ali Schroeder, Taylor Schroeder, and Hannah (fiancé Tyler Bliese) Schroeder. His siblings are Wilbur (Audrey) Beemer of Arizona, Betty Ann Cox of Kansas, and Velma (Eddie) Howie of Kansas. Maynard is also survived by a sister-in-law Carol Kurtz of Kansas as well as his good friend and travel companion, Margaret Johnston of Elkhart Lake. Other survivors include his many nieces, nephews, other relatives, and countless friends and colleagues.

He was preceded in death by his parents, a daughter Tammy, his wife Wanda, a brother Wayne Beemer, and a brother-in-law Mel Cox.

A memorial service for Rev. Beemer will be held at 11:00 AM on Saturday, September 7, 2019 at First Congregational United Church of Christ, located at 724 E. South River Street in Appleton, with Rev. Dr. Stephen Savides, Rev. Jane Anderson, and Rev. Nick Hatch officiating. Family and friends are invited to gather at the church on Saturday morning from 9:00 AM until the time of the service.