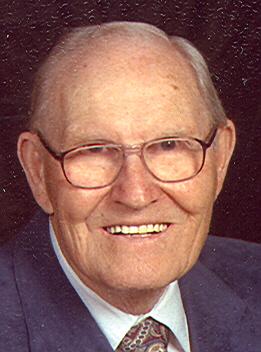 Rev. Leland (Lee) Evenson of Neenah was called home to join his Lord and Savior on Friday, November 10, 2006 at the age of 85. He was born February 26, 1921 in Tioga, N.D. son of the late Nels and Lillie Evenson. He graduated from St. James High School, St. James, MN in 1938, attended St. Olaf College in Northfield, MN and received a B.A. from the University of Minnesota. During WWII, Lee served his country in the Southwest Pacific as a corporal in the Army Air Force. On February 2, 1946, he married Lenore (Anderson) Evenson in Falls Church, Virginia. Lee received his Masters in Theology from Luther Seminary, St. Paul, MN in 1950 and was ordained as a pastor in the American Lutheran Church. He and Leni spent fifteen years as missionaries in South Africa, working among the Zulu tribe. While there, he became fluent in the Zulu language and served as both a preacher and teacher. After returning to the U.S in 1965, he served ELCA parishes in: Red Oak Grove near Austin, MN; Coon Valley, WI and Bella Vista, Arkansas. In 1996 the couple moved to Kimberly, WI and were active members of the community. They were volunteers at Colony Oaks Care Center and members of Christ the King Lutheran Church where Lee was active in the Bible studies. Lee was a member of the American Legion Post #60 in Kimberly. In his retirement, Lee served as visitation pastor for Grace Lutheran Church in Appleton. During the past few years without his beloved Leni, Lee was able to spend time with family in Pennsylvania, Washington and Neenah. He currently resided at Villa Saint Clare in Neenah.
Lee is survived by four children: Linda (Rev.David) Werley , Mertztown, Pennsylvania; Mark (Linda) Evenson, Neenah, Wisconsin ; Rev. Richard (Kathi) Evenson, Spokane, Washington; Rolf Evenson, Klickitat, Washington; grandchildren: Matthew (Melissa) Werley, Rebecca (Duzur) Palmieri, Rachelle (Daniel Gahres) Evenson, Jon (Valerie) Evenson, Thomas, Emily, and Luke Evenson, Brendan Booth ; two great- grandchildren Elijah and Ava Grace Werley. Lee is also survived by his brother, Carlyle Evenson, Lexington, Kentucky and numerous nieces, nephews, relatives and friends.
He was preceded in death by his wife, Lenore, his parents and two sisters, Evelyn Kroll and Norma Helgerson.
Funeral Services for Reverend Evenson will be held at 11:00 am. Tuesday, November 14, 2006, at GLORIA DEI LUTHERAN CHURCH, 1140 Tullar Road, Neenah, with Reverend Randy Van Ert officiating. Burial will be in Appleton Highland Memorial Park, with Military Honors being presented by the William Verhagen American Legion Post #60, Kimberly. Friends may call at the church on Tuesday from 10:00 am until the time of the service. In lieu of flowers a memorial fund is being established.
The family would like to thank Doctor Goggins and the staff at Fox Valley Hematology/Oncology, the staff at Saint Elizabeth Hospital and the staff and residents at Villa Saint Clare for their care and kindness.