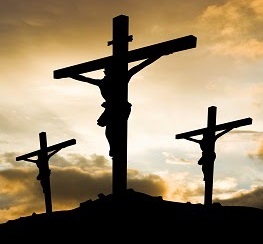 Rev. James A. Deckert of Kimberly, Wisconsin, died Saturday, April 20, 2019. He was born December 21, 1939, in Dubuque, Iowa, the second of four sons to Alice B. (Bloom) and Charles J. Deckert. Jim was raised in Dubuque and graduated from Dubuque Senior High School.

Jim earned a degree in physics and mathematics at the University of Dubuque, and was a research scientist in NASA’s Apollo program, working on translunar trajectories. This included the one flown by the damaged Apollo 13 spacecraft when it circled the moon and returned safely to earth. Jim worked for a number of “think tanks” on classified military projects. He did early research for the “Star Wars” ballistic missile defense system and air traffic control studies for the FAA.

Jim was an assistant professor of Computer Science at the University of Illinois in the early 1980s and assistant manager of the Computer Research Laboratory there.

Being an avid pilot, Jim learned to fly in 1969 and over the years owned a number of aircraft. He restored a Piper J-3 Cub from a “basket case” to a museum piece. He piloted many types of airplanes, ranging from the 1929 Pietenpol to the Boeing 767.

Jim was an engineering section head at Sperry Flight Systems (later Honeywell), leading the design and flight testing of an aircraft collision voidance system, which has since been flying on all airline and commuter airline aircraft, as well as corporate jets and military aircraft. This led to serving on the FAA and government standards committees, dealing with the design, implementation, government regulations and operations of this equipment. He later became a world-wide marketing manager for Honeywell, dealing with airlines all over the world.

Later in life, Jim answered God’s call to the ordained ministry. He graduated from the University of Dubuque Theological Seminary, where he also was an adjunct professor of Mathematics and Aviation at the University of Dubuque. He was ordained in the United Church of Christ, and served as pastor in a number of UCC churches in Iowa, Illinois, and Wisconsin, his last call being to Zion UCC in Dale, Wisconsin.

Funeral services for Jim will be held at 11:00 AM on Friday, April 26, 2019, at Zion United Church of Christ, located at W9803 State Road 96 in Dale, with Rev. Arthur Wille officiating. Family and friends are invited to gather at the church on Friday morning from 9:00 AM until the time of the service. Burial with full military honors will follow at Dale Union Cemetery.

For more information or to share a memory of Jim, please visit www.wichmannfargo.com.