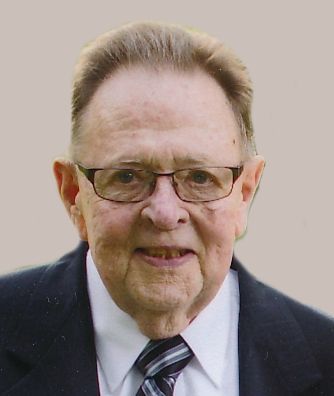 Rev. Anslem Snow Adams III passed peacefully into the arms of the Lord he so faithfully served on Wednesday, January 29, 2014, in his home in Appleton, WI. Snow was born on August 28, 1938 in Asheville, North Carolina, the son of the late Anslem and Frederica (Clodfelter) Snow Adams, Jr. After completing high school, he attended The Citadel and later married the former Melvine Angel on August 5, 1960 in Greensboro, North Carolina. Snow was employed by the State of North Carolina in the License and Theft Division for twelve years. He then attended Montreat-Anderson College and the University of North Carolina-Asheville where he received his Bachelor's degree. After earning his Bachelor's degree, Snow attended Duke University Divinity School where he earned his Master of Divinity in 1984. He then entered the Methodist ministry. For twenty years he pastored churches in the Western North Carolina Conference of the United Methodist Church.

Snow was a valued member of the A&A Scottish Rite Of Freemasonry, SJ, USA Valley of Asheville, North Carolina since 1969 where he earned his 32nd Degree. He served as Past Master of the Ancient Free and Accepted Masons in Asheville, NC, Biltmore Masonic Lodge 0446. Snow was also a member of the Oasis Shriners International.

Snow was known for sharing his Southern Bar-B-Que skills at church fundraisers and with friends. Nothing made Snow happier than bringing joy and laughter to the people around him. He was known for his sense of humor, his colorful story telling, and his Southern charm. He loved spending time with his children, grandchildren and family.

He leaves behind two daughters: Angela (Kevin) Sours and Deborah (Ben) Becher of Appleton. His grandchildren are Morgan (Matt) Majerus; and Mitchell, Sloan, and Bryant Becher. His brother Rev. Lawrence Clay Adams resides in Atlanta Georgia with his wife, Rev. Dr. Susan Bennett Adams. He was preceded in death by his parents, A. Snow and Frederica, his sister, Suzanna Adams Neil, and his loving wife, Melvine Angel Adams.

A memorial service celebrating Snow's life and ministry will be held on Saturday, February 15th, 2014 at 3:30 pm in that very special chapel at First United Methodist Church, 325 E. Franklin Street in Appleton, with Rev. Dr. Doyle Blanton officiating. A reception for family and friends will immediately follow the service in the Asbury Lounge at FUMC.

In the spring, he will be placed alongside his beloved Melvine at the Mount Pisgah United Methodist Church Cemetery in Greensboro, North Carolina. A memorial fund is being established in his name.

The family would like to express special gratitude to Theda Care Hospice, Dr. William Fletcher and his staff at Appleton Cardiology, Dr. Robert Ballard of Fox Valley Surgical Associates, and his caregiver Sandie Kerrigan.