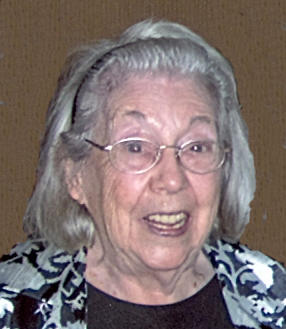 Mrs. Renee Rohan, widow of former Kaukauna Alderman and City Attorney Emmet Rohan, died peacefully after a short illness June 19th, 2010 at Appleton Medical Center. Renee was born June 7th 1912 in Fort Smith Arkansas, where her actor parents, Barry Conners and the former Ruby Blackburn were appearing with a traveling theatrical group. Renee was raised by her grandparents in Milwaukee. Her father Barry ultimately became a highly successful playwright, with three plays running on Broadway in a single year (1925). As a teenager and young adult Renee spent her summers with her father in New York and his farm in Westport, Connecticut and later Hollywood, California when he began writing scripts for the company that became 20th Century Fox. Family and friends will remember Renee with great affection for her wonderful sense of humor and her lifelong love of literature which she managed to instill in her children. Her genial nature, talent in watercolor art and enthusiastic study of Russian and French were an inspiration. Renee touched dozens of lives while on Earth. People who encountered her came away better for the experience. She was loved by all who knew her and will be missed beyond measure.

The family would like to thank Dr. Greg Johnson and staff whose medical expertise played a large part in Renee's longevity. The Appleton Medical Center for wonderful counsel and care and also the St. Paul home for making her last months so enjoyable for her.