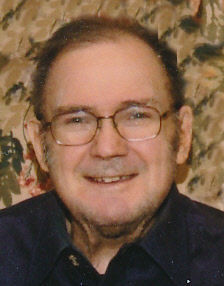 Raymond W. Gottschalk, Jr.
Raymond Gottschalk, Jr., age 76, of Appleton, passed away on Tuesday, April 9, 2013 at St. Elizabeth Hospital. He was born on January 19, 1937, in Appleton, the son of the late Raymond W. Sr. and Lucille (Schmitz) Gottschalk. Raymond was a member of St. Bernadette Catholic Church and a faithful usher and rosary leader. He was a member of the Knights of Columbus and head dishwasher at St. Elizabeth for 40 years, retiring in 2003. Raymond enjoyed bowling and had a love of birds.
He is survived by his four sisters: Sr. Elizabeth Marie Hoell, Shirley Campshure, Elizabeth (Don) Traynor, and Lynn (Rich) Ekholm. Raymond is further survived by numerous nieces and nephews, along with their families. He was preceded in death by his parents, a brother, Donald L. Gottschalk, and a brother-in-law, Richard Campshure.
Raymond will be laid to rest by his parents at St. Joseph Catholic Cemetery in Appleton. A private family service will be held at a later date. Online condolences can be offered at www.wichmannfargo.com.
The family would like to thank the doctors and staff at St. Elizabeth Hospital for your concern and compassion. Also, the staff at Carolina Manor, for the excellent care given to Raymond over the last couple of years.