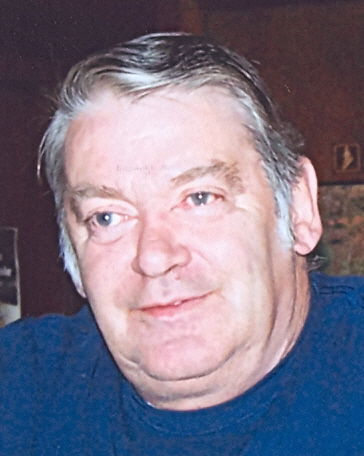 Raymond R. Voet, age 68, of Kaukauna, Wisconsin, passed away at St. Elizabeth Hospital, Appleton, on Tuesday, January 8, 2013. Pork was born on September 14, 1944, in Appleton, to the late Howard and Ivyle (Wagnitz) Voet. He was well-known as the owner of Pork's Place on Desnoyer Street in Kaukauna. Pork was an avid hunter and fisherman and enjoyed his annual trips to Wyoming. He enjoyed gardening, playing cribbage and was fond of watching the Weather Channel. Survivors include his children, Vicki (Harry) Rosin; Kevin Voet; Tracy (Jamie) Voet; and Jodi Voet; his sisters, Cher (Ken) McDaniel; Ev (Mark) Schneider and Jan Schmit; his brothers, Gale (Alice) Voet; Wayne (Lisa) Voet; Randy Voet; Mark “Bass” (Fiona) Voet; Scott (Michele) Voet and Chris Voet (friend Diane); and his brother-in-law, Gene Kirley. He is further survived by his grandchildren, his great-grandson, nieces, nephews, other relatives and friends, and his partner-in-crime, Aaron Schmit. Pork was preceded in death by his sister Dawn Kirley, his brother-in-law Robbie Schmit, and his grandson Adam Voet. Memorial services will be at 3:00 p.m. on Tuesday, January 15, 2013, at the FARGO FUNERAL HOME, 400 W. Wisconsin Avenue, Kaukauna. Friends may call at the funeral home on Tuesday from Noon until the time of services. Online condolences may be offered at www.wichmannfargo.com