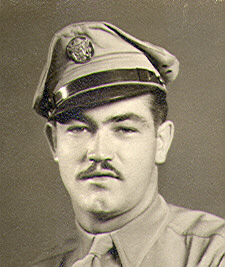 Age 84, died Wednesday, October 6, 2004 at St. Elizabeth Hospital in Appleton. He was surrounded by his family and listening to big band music at the time. Ray was born in Appleton on September 2, 1920, son of the late William and Estelle (Stutzman) Van Heuklon. During World War II, Ray proudly served his country as a member of the Army Air Force, and was stationed at the Schofield Barracks in Hawaii when the Japanese attacked Pearl Harbor in 1945. Being a survivor of Pearl Harbor brought him much pride over the years, and Ray supported the construction and the recent installation of the World War II Veterans‚Äô Memorial in Washington. In fact, he was able to attend the dedication of the memorial. Ray was a member of the Johnston ‚Äì Blessman Post #38 of the American Legion and a member of the Harvey Pierre Post #2778 of the VFW. Following his discharge from the Army, Ray married Irene Ulrich Miller on July 15, 1950; she preceded him in death in 2000. Over the years, Ray and Irene owned several area rental properties as well as enjoying time together ballroom dancing. Ray also worked as a mechanical refrigeration technician for August Winter & Sons as well as for NCR Mechanics, and was a member of the Plumbers and Fitters Union Local 458/400 and the NAWCC. He was a lifelong and faithful member of St. Joseph Catholic Church in Appleton, and enjoyed repairing old clocks in his leisure time.

The funeral liturgy for Ray will be held at 10:30 AM on Monday October 11, 2004 at ST. JOSEPH CATHOLIC CHURCH, 410 W. Lawrence Street in Appleton. Friends may call at the funeral home on Sunday from 2 ‚Äì 5 PM and again at the church on Monday from 9:30 AM until the hour of the service. Interment will be at St. Joseph Cemetery, where American Legion Post #38 will provide full military honors. There will be a combined American Legion and VFW visitation at 4:45 PM at the funeral home followed by a parish prayer and scripture service at 5:00 PM to conclude the visiting hours.

We watched you grow so tired, Ray,
With every passing day.
And our hears have gown more heavy
As we saw you fade away.
And then we knew the time had come
For us to let you go;
To say our last good-bye to you,
And say, ‚ÄúWe love you so.‚Äù