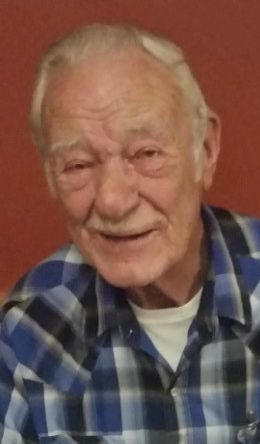 RAYMOND M. BODWAY JR. passed away Monday, November 28, 2016 at home surrounded by family
after a long battle with cancer. He was born October 19, 1938 to Clara (Zeigler) and Raymond M. Bodway, Sr. He served in the United States Marine Corp. He was married to Marie J. Jones who preceded him in death in 2012. Ray's passion was his business, Fiber & Pallet Recycling in Green Bay and Black Creek, Wisconsin. He enjoyed country music, Country USA, dancing to the band “Rim Shots”, camping, gambling, NASCAR racing and was a Green Bay Packer fan. This man was the most kind and caring man who loved
everyone and was always willing to follow his heart.

He was preceded in death by his parents, his wife Marie, brothers and sister-in-law Kenny and Janet
Bodway and Norbert Bodway and two infant Grand-daughters, Victoria Boerst and Brianna Marcks.

The family would like to thank the staff at Fox Valley Oncology & Hematology, Dr. Goggins, and St.
Elizabeth's Hospital 4'*” Floor, Fremont Street staff, and the team from Heartland Hospice Care.

In lieu of flowers, please donate to St. Jude's Children's Cancer Center by email @ www.stjude.org.
He will be dearly missed by all of us.
Death leaves a pain that nothing can heal but love leaves a memory that nothing can steal.
Online condolences can be made at www.wichmannfargo.com