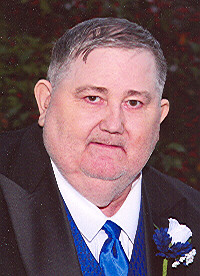 Age 66, loving husband, father and grandfather, died on Monday, August 11, 2008. Raymond was born in Green Bay on June 19, 1942, son of the late Edwin V. and Clara (Ellenbecker) Kramer. On October 15, 1966 he married his wife of 41 years, Patricia Hooyman. Raymond was proud to serve in the United States Army during the Viet Nam War. He worked for many years at Hooyman Implement. He enjoyed his family, especially his grandsons. Raymond loved going to the casino, auctions, and hunting. He was an avid collector of treasures.

The funeral liturgy will be at 10:30 a.m. on Saturday, August 16, 2008 at ST. NICHOLAS CATHOLIC CHURCH, Freedom, with Fr. Dave Hoffman officiating. Friends will be received at the funeral home on Friday from 4:00 p.m. until 8:00 p.m. and at the church on Saturday from 9:30 a.m. until the time of the mass. Burial will be in St. Nicholas Cemetery, Freedom.

The family extends a special thank you to the staff at Manor Care, especially Raymond's guardian angel, Lisa Hall, for her understanding and care.

In lieu of flowers, a memorial fund in Raymond's name is being established.