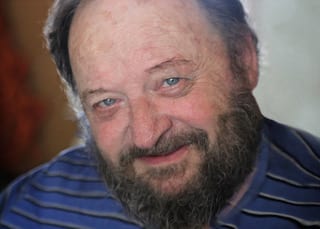 Raymond “Ray” Frank Toonen died unexpectedly, but peacefully at St. Elisabeth’s Hospital on April 15, 2020, in Appleton, WI, at the age of 85.

Ray was born on April 2, 1935, in Kaukauna, Wisconsin, to Raymond S. and Crescentia Toonen. He graduated from Kaukauna High School in 1953. He enlisted into the United States Air Force in March of 1954 and honorably discharged in November of 1957.  After his time in the military, Ray began working for the United States Postal Service as a letter carrier and retired in 1990 after 32 years of service.

Ray married Roseann Marie VanNuland in 1962, and over the next five years, the couple welcomed three children into their lives. Ray’s children remember him as a patient, kind, big ol’ teddy bear of a man with a gentle soul. His children also describe him as being a supportive man who always encouraged them to pursue their goals and dreams.

Ray was a caring man of strong character who always put the wants and needs of his family and loved ones before his own. While he may have been known by friends to be proudly frugal with money, Ray was generous beyond measure when it came to giving of himself or the things he had. If, as it is said, caring and generosity ally with one’s self-feeling of abundance, then Ray demonstrated without words that his life was a bountiful one.

Due to the current circumstances, a private family visitation and graveside service will be held.  You are welcome to view the graveside service by visiting Ray’s online obituary on this site on Tuesday, April 21, 2020 at 11 AM. A memorial mass will be celebrated for Raymond at a later date.