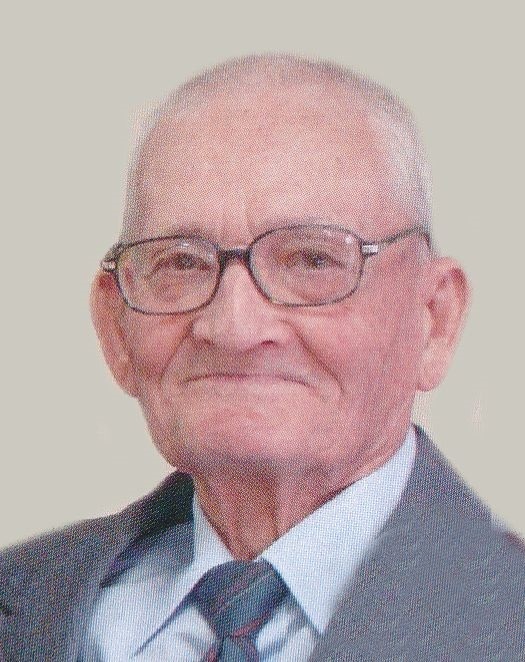 Raymond (Butch) Baumgarten, age 94, passed away at the American Grand Assisted Living Suites in Kaukauna on Monday, June 29, 2015 surrounded by three generations of his loving family. He was born in the town of Buchanan on March 6, 1921, son of the late William and Ellen (Dietzler) Baumgarten. In 1939, he worked as a member of the Civilian Conservation Corps. On February 10, 1942, Ray married the former Mildred Bangart at St. Mary Catholic Church in Kaukauna. From 1942 until 1943 he served in the United States Army, and then farmed in various parts of northeast and central Wisconsin until 1991 before retiring in Kaukauna. During those same years, Ray was also employed by Olson Trucking, Thilmany Pulp and Paper, Keller Implement, Berg Barn Equipment, Kaltenberg Seeds and Wollin Silos. Not only was Ray known for his life of hard, dedicated work, but also for his mischievous sense of humor, and his countless acts of service and kindness to both family and friends.

The funeral liturgy for Ray will be held at 11:00 AM on Tuesday, July 7, 2015 at ST. KATHARINE DREXEL PARISH – ST. MARY SITE, 119 W. 7th Street in Kaukauna, with Fr. Jerry Pastors officiating. Interment will follow at St. Mary Cemetery. Family and friends may call on Monday evening from 4:00 PM until 8:00 PM at the GREENWOOD FARGO FUNERAL HOME, 500 Hendricks Avenue in Kaukauna, and again at the church on Tuesday morning from 10:00 AM until the hour of the service. Memories may be shared and condolences offered by visiting www.wichmannfargo.com. Memorials may be directed to the charity of your choice or to the American Legion.