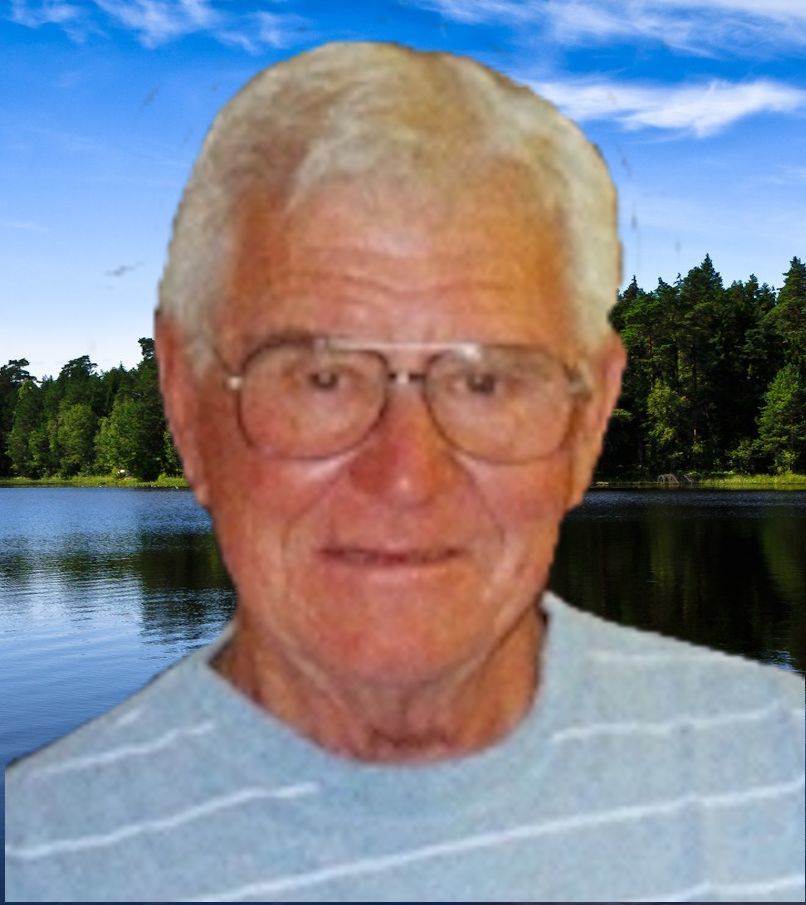 Raymond Behling, age 96 of Combined Locks, passed away at a local care center on Saturday, June 17, 2017. Ray was born in Kimberly on January 10, 1921, son of the late Raymond and Theresa (Luniak) Behling. He married Stena Lom on June 10, 1950; she preceded in death in 2007. As a young man, Ray served his country as a member of the United States Navy, and later worked at the Kimberly Clark mill in Kimberly for over forty-five years.

Ray was an all-around good guy with a good sense of humor who enjoyed hunting and fishing, raising dogs, gardening, the Packers, and spending time up north at Roberts Lake.

He was preceded in death by his parents, a grandson Nick Behling, sisters Eleanor (Bob) Braun and Rosemary Irwin, and brothers Kenneth, Cyril, and Daniel Behling.

The funeral liturgy for Ray will be held at 11:00 AM on Wednesday, June 21, 2017 at ST. PAUL CATHOLIC CHURCH, 410 Wallace Street in Combined Locks, with Fr. James Vanden Hogen officiating. Interment will follow in the parish cemetery with full military honors. Family and friends are invited to gather directly at the church on Wednesday from 9:00 AM until the time of the service.