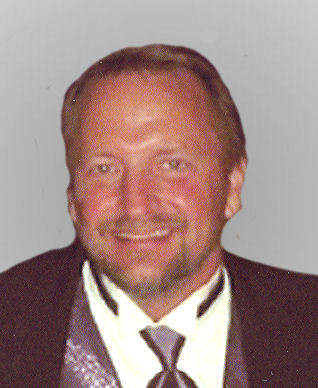 Randy “Bagger” Arnoldussen, age 63, passed away peacefully at ThedaCare – Appleton on July 29, 2016, following a short battle with bile duct cancer. His family was at his side. Randy was born on October 31, 1952 in Appleton, to the late Vern and Elizabeth “Betty” (Schrimpf) Arnoldussen. He attended St. Joseph Catholic School, and was a 1971 graduate of Xavier High School. Randy married Shirley M. Otte on May 8, 1976, and recently celebrated forty happy years together. He resided in Appleton his entire life, and retired in 2014 after working at the Waste Water Treatment Plant for Appvion (Appleton Papers) for forty-two years. Randy enjoyed golfing at the annual “Longest Day” and Redeye Open. His other passions included fishing at the Chippewa Flowage, which he referred to as “The Chip”, pontooning and spending time at Shawano Lake, hosting annual family reunions, playing softball for Frank and Pat's Pizza, going to the casino, visiting St. Maarten, and coaching his children in numerous sports. His greatest joys were spending time with his wife, children, and five grandkids – attending their sporting events and running hugs that he looked forward to with each visit. Randy's laughter was infectious and his presence was unforgettable.

Randy is survived by his wife: Shirley Arnoldussen; a son: Jason (Becky) Arnoldussen; a daughter: Sarah (Mike) Madson; his grandchildren: Miranda, Zack, and Brady Madson; and Morgan and Kenzie Arnoldussen. He is also survived by two brothers: Steve (Toni) Arnoldussen and Rick Arnoldussen; and a sister: Laurie (Fred) Mohr. In addition, he leaves behind Shirley's family: Karen (Tom) Olson, Sandy (Dale) Borchardt, and Tony (Maureen) Brejcha. There are also many family members and friends that will miss him. Randy was preceded in death by his parents, and a sister-in-law: Darlene Brejcha.

A funeral service for Randy will be held at 6:00 PM on Tuesday, August 2, 2016 at the Wichmann Funeral Home, Tri County Chapel, 1592 Oneida Street in Menasha, with Rev. Ben Morris officiating. Family and friends are invited to gather at the funeral home on Tuesday afternoon from 4:00 PM until the time of the service. In lieu of flowers, a memorial fund is being established in Randy's name.

Shirley, Jason, and Sarah would like to extend their thanks to the many special caregivers that helped with Randy's treatment. They include Dr. William Conkright and all of the medical staff at ThedaCare – Appleton 7th floor. We will always remember your kindness.