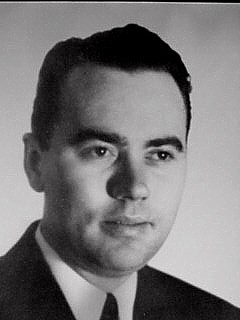 Age 90, passed away April 25, 2001 at a local nursing home. Ralph was born in Aurora, Illinois, on February 15, 1911, son of the late Andy and Bertha (Hageman) DeWolf. On October 5, 1945, he married the former Marion Trachte; she preceded him in death in February of 2000. As a young man, Ralph began working for Sears, Roebuck, and Company, but was drafted into service in the United States Army during World War II. Following his discharge, he returned to Sears, where he remained employed until the time of his retirement in 1973. During his working years, he was member of the Rotary Clubs in Bismarck, North Dakota, Beaver Dam, Wausau, and Appleton. He was also a member of the VFW in North Dakota and the 40 et 8. Following his retirement, the couple enjoyed spending time at their cottage near Rhinelander.

Ralph is survived by a son: Michael A. (Marilyn) DeWolf of Wausau; a grandson: Andrew DeWolf of Wausau; two sisters: Dorothy (Edward) Knezivic of Illinois and Ruth (O.K.) Halsey of Oregon. He was preceded in death by his wife Marion in 2000, and by a sister Ethel Budde.

Memorial services for Ralph will be held at 1:30 PM on Saturday, May 26, 2001 at MEMORIAL PRESBYTERIAN CHURCH, 803 E. College Avenue in Appleton with Rev. Charles Valenti-Hein officiating. Friends may call at the church on Saturday from 1:00 PM until the hour of the services.