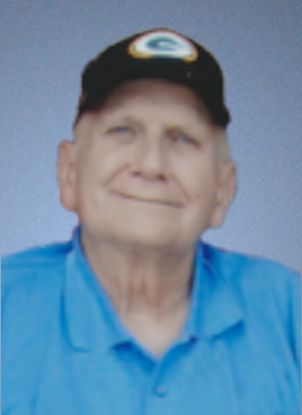 Ralph K Mahn 87 passed from this life into eternity on December 27, 2016 at Atrium Post-Acute Care of Little Chute surrounded by his loving family. He was born to the late Hermon and Mary L.E. DeSaint DeSaint Piere on May 30, 1929 in Green Bay, WI. He served his country in the United States Navy during the Korean Conflict aboard a Navy tanker. Ralph married the love of his life Alice (Dallman) on May 14, 1956 at St. Mary Catholic Church in Appleton. Together they celebrated 60 years. He worked for Viots Fabrics for many years and retired in 1991. After retiring he couldn't just sit around so he took on part time jobs at Hardees, Kenny Rodgers and Papa Murphy's. Ralph spent hours in his garden attending to his flowers, doing oil paintings, watching the Green Bay Packers, photography, and building clocks, or just being outdoors. He also took great pride in being a Scout Master, Den Leader, Cub Master assistant, Explorer Scouts advisor, with the Bay Lake Council of the Boy Scouts of America.

He is preceded in death by his four sisters; Herma, Geneieve, Hope, Eunice Mae, and three brothers; Edward, Russell and Donald.

Family would like to extend a special thank you to the Brewster Village, Heartland Hospice and to the staff at Atrium of Little Chute for all the wonderful care they gave Ralph.