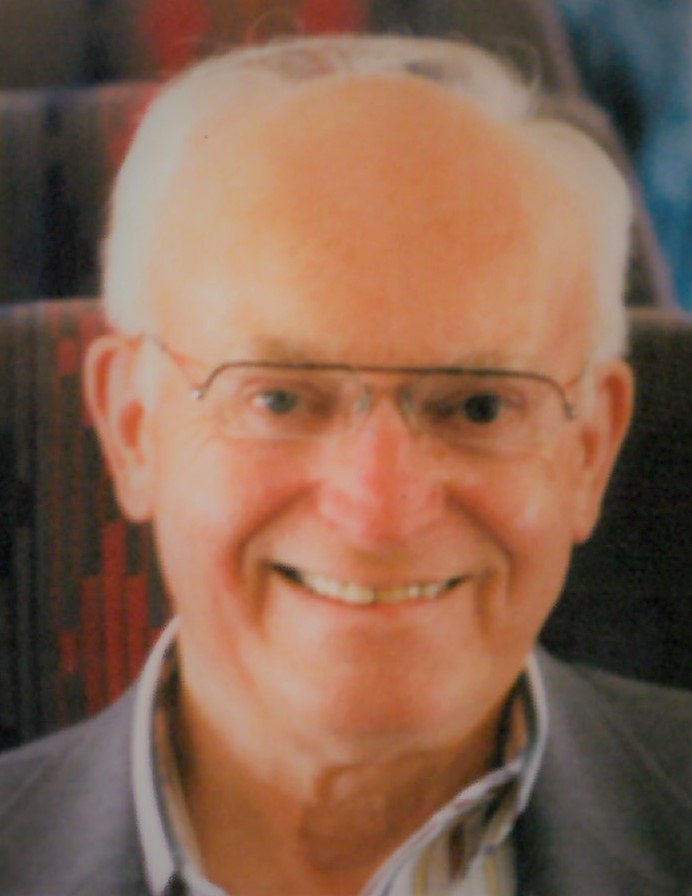 Ralph was born on Tuesday, August 20, 1929 in Appleton, Wisconsin, the son of the late George E. and Mary (Kreutzberg) Ulman, and was the husband of Adeline (Addie) Nussbaum Ulman. He attended St. Joseph Grade School in Appleton and graduated from St. Mary High School in Menasha in 1947. Ralph was a 1949 graduate of Spencerian College in Milwaukee. After working for one year at Spiegel J & R Auto Supply in Appleton, he entered the U.S. Air Force in September 1950 during the Korean War. Ralph served in the Communications Office of Brize Norton Air Base in Oxfordshire, England from November 1950 to November 1952. While there, he wrote a “Communications Administrative Guide” that was eventually used at all of the bases in the Third Air Force in England. In November 1952, Ralph was assigned to Francis E. Warren Air Force Base in Cheyenne, Wyoming where he was soon promoted to the Wing Personnel Sergeant Major. Ralph left the Air Force in September 1954. He returned to Appleton where he worked for one year at the Wichmann Furniture Company in the Credit and Collections Department. In September 1955, Ralph joined Marathon Corporation of Menasha, Wisconsin working at the Parafin Plant (River Street) in Payroll for eight months. In June 1955, he moved to the newly constructed Neenah Plant. In October 1956, Marathon became a Division of American Can Company. In May 1960, Ralph moved to the Specialty Packaging Division Staff in the new Division Headquarters on Marathon Avenue. In September 1961, Ralph married Adeline A. Nussbaum and they lived at 400 E. South River Street, Appleton, until May 1970. In 1962, Ralph was promoted into the Pulp & Paper Division. In May 1963, he was promoted to the position of Canal Plant Controller. In February 1966, he moved to the Pulp & Paper Mills Manufacturing Services. Ralph was a member of the St. Joseph Church Men's Choir from 1954 to 1969. In June 1970, the Neenah Marathon Division Offices were transferred to the newly constructed American Can Company Headquarters in Greenwich, Connecticut, where Ralph worked in the American Consumer Products Accounting Group. Ralph and Addie moved to Danbury, Connecticut in June 1970. Ralph sang in the St. Gregory Church Choir of Danbury from January 1971 to June 1976. From July 1973 to July 1976, he was the Consumer Products General Accounting Manager. In July 1982, the Pulp & Paper business was sold to the James River Corporation of Virginia and in July, the James River Pulp & Paper Division offices moved to the River Park Building in Norwalk, Connecticut. Ralph worked in various staff positions, the last being with Accounting Systems Development. He retired from Marathon/American Can/James River Corporation at age 60 in March 1990. In January 1991, they moved from Danbury, Connecticut to 1207 S. Ritger Street in Appleton. Ralph was a member of St. Joseph Catholic Church where he was Minister of Hospitality, Cantor, Tuesday morning Sacristan and Lector. He also conducted the St. Anthony Devotions on Tuesdays after the 12:05 mass. He sang in the Adult SATB Choir. Ralph sang with the Resurrection Choirs of St. Joseph, St. Mary, St. Bernard, St. Therese, and Sacred Heart Churches. He also sang with the Thompson Community Center Chorus and the Thompson Halleluiah Chorus. Ralph was an EAA Volunteer from 1955 through 2005. He also was a Grignon School Days Volunteer in May and October from 1997 to 2003. Ralph was a 3rd Degree Member of the Knights of Columbus since 1953 and became a 4th Degree Member in 1995. He was a member of American Legion Post 38 since 1954. Ralph was a 1991 graduate of the EIB Institute of New York. He was also an active member of SeniorNet at the Fox Valley Tech Center since 1992. Addie and Ralph were weekly participants in the Living with Cancer Support Group at St. Elizabeth Hospital since June 1996.

A Funeral Mass will be celebrated for Ralph at 11 AM on Saturday, February 23, 2019 at St. Joseph Catholic Church, 404 W. Lawrence St, Appleton, by Rev. Jim Leary, O.F.M., Cap. Family and friends may visit at the church from 9 AM until the time of the mass. Interment will be in St. Joseph Cemetery.

Ralph’s family would like to extend a special thank you to the wonderful staffs of Home Instead Senior Care, Oak Park Place and Compassus Hospice Services.