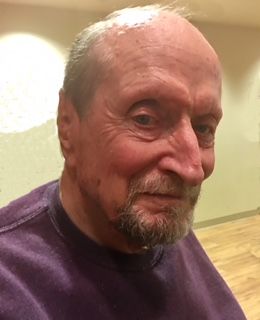 Ralf G. Sieberth, 78, passed away peacefully at Brewster Village on December 4, 2017 with his wife at his side, after a lengthy battle with Alzheimer’s disease.

Ralf was born in Nurnberg, Germany, on February 20, 1939, son to the late Erna (Scherer) and Eugen Sieberth.

He received his Master’s in Mechanical Engineering in Germany and then became an Engineer in the Paper Machinery Division of Voith GmbH, Heidenheim, Germany. Voith was to become his career company.

A decade later, Ralf relocated to Voith Japan in Tokyo and became Chief Engineer for the Paper Making Machinery Division with responsibility for the entire Asian market.
After three very successful years in Japan, Ralf transferred to Voith Inc. in the U.S. and moved his family to Appleton in 1981 where he became Vice President of Marketing. Following the merger of two Voith entities in 1988, Ralf became General Manager of the Paper Machinery Division. The company reorganized many times and by 1998 Ralf became Sr. Vice President of Market and Business Development.

In March 2002 Ralf very proudly became a naturalized U.S. citizen. In November 2002 he retired from Voith and became an independent contractor for Voith Heidenheim doing translation corrections for their Twogether magazine that was published in both English and German. In 2007 Ralf retired from that job when he realized his ability to translate was diminishing. This was the beginning of his ten year battle with dementia.

Ralf enjoyed traveling. He traveled for business and pleasure and had visited every continent. He especially loved traveling with his wife and son. Five years after his wife passed, he met and married Sharon and enthusiastically traveled with her as well. Ralf was an avid motorcyclist and rode his Suzuki to work every day in Japan. He also enjoyed woodworking and had a large shop which was filled with every power tool imaginable. Ralf was a very talented artist as is evident in pictures he drew as early as age 12. He drew the blueprints for his home on a 5-acre property in Mackville and then designed and built a multi-level deck on his home; dug a pond for swimming and fishing; and hand-planted 350 trees which included various shade and fruit trees and a vineyard. He planted multiple flower and vegetable gardens, sharing the harvest with family and friends.

Ralf will be cremated and his remains buried at St. Edward Cemetery in Mackville. There will not be a funeral service but a Celebration of Life party is being planned for early in 2018 and will be held in the Community Center at Brewster Village.

A heartfelt thank you is extended to everyone at Brewster Village for the outstanding love and care that was given to Ralf during the final four years of his life.