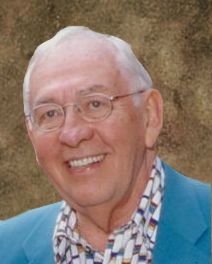 Bart Hammond, age 85, died peacefully in his sleep at home on March 5, 2016, with his wife, Greta at his side. Bart was born December 28, 1930 in Rockford, IL to the late Dr. R. Barton Hammond, Sr. and Lucia Van Liere Hammond. He moved to Appleton in 1939 when his father, a physician and surgeon, moved his practice there.

Bart graduated from Appleton Senior High School (West) in 1948 and from Kemper Military School and Junior College in 1950, at which time he enrolled as a junior at the University of Wisconsin, Madison. In 1952, he graduated from the Wisconsin Institute of Mortuary Science and married Greta L. Johnson, the daughter of the late George E. Johnson and Lauretta Wichmann Johnson.

During his 36-year career as executive director of the Wichmann Funeral Home and Crematory, Bart was an innovator in creating funeral services focused on the grief and loss of the survivors. His caring and professional work helped countless families through their difficult times of loss and he is truly loved by many.

Bart was respected among colleagues near and far. He was an active member of the Wisconsin Funeral Directors Association, serving as its secretary for two terms, and was honored to be elected to the board of directors of the National Selected Morticians and later to its Executive Committee.

Community service was an important part of Bart's life, serving as a director on many boards including the Appleton Medical Center, the Visiting Nurse Association Hospice Program, and the Appleton Family YMCA where he served two terms as secretary and chaired a successful building fund campaign. He also served two terms as secretary of the Appleton Y's Men's Club. He was a board member of the Salvation Army and the Fox Valley Symphony. Bart also served as president of Trinity Lutheran Church Council when it had 1875 members.

While still living in Appleton, Bart and Greta enjoyed spending their summers at the Waupaca Chain O' Lakes and after Bart's retirement, they spent their winters on Marco Island, Florida. The balcony of their 19th floor condo was Bart's favorite place to enjoy the sunset. They have been year-round residents on Columbia Lake in Waupaca for the past few years.

Friends may call directly at the Parfreyville United Methodist Church, N1979 County Road K, near Waupaca, from 1:00 PM until the time of the memorial service which will be held at 2:00 PM on Friday, March 11, 2016, with the Rev Eric Taylor officiating. Inurnment will take place in the Wichmann family mausoleum in Appleton's Riverside Cemetery.

The family thanks ThedaCare Hospice and the caregivers whose loving presence and capable assistance made it possible for Bart to remain at home through his long illness in Greta's loving and devoted care.