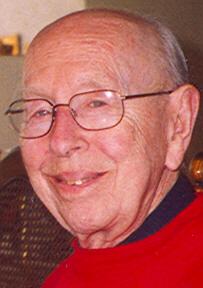 Age 90, passed away Monday, March 5, 2007, at Theda Clark Medical Center after a short illness.
He was born February 8, 1917, in Nevada, Ohio, the son of Elmer and Grace Kuenzli. Quentin was a graduate of the University of Wisconsin, Madison, earning his Master‚Äôs Degree. He was a United States Army veteran, serving as a Warrant Officer during World War II in the European Theater.
He was united in marriage to Ermagard Holtz in 1944.

Quentin was a Senior Partner with Schenk and Associates in Appleton for many years. He was a member of local, state and national certified public accountant organizations.
Quentin was active with many different civic and fraternal groups. He served on the board of directors for the Salvation Army, the Kiwanis Club, Riverside Cemetery, First Congregational United Church of Christ, 20 years with the Peabody Manor Board, and 50 years with the BPOE Elks.

Survivors include his wife, Ermagard; his daughters, Anlouise (William) Guyon, Appleton, and Mary Lou (Dwight) Mueller, DeForest; and his three grandchildren, Lauri, Jeff, and Brian. Quentin was preceded in death by his parents, five brothers, and two sisters, all of Ohio.

Funeral services will be at 1:30 p.m. Friday, March 9, 2007, at WICHMANN FUNERAL HOME, 537 North Superior Street, with Rev. Jane Anderson officiating. Interment with military honors will be held in Riverside Cemetery. Visitation will be from 12:30 p.m. Friday until the time of services at the funeral home. Memorials in Quentin‚Äôs name may be sent to the Thompson Community Center or to the First Congregational United Church of Christ.

The family wishes to extend many thanks to the staff at Oakridge Gardens.