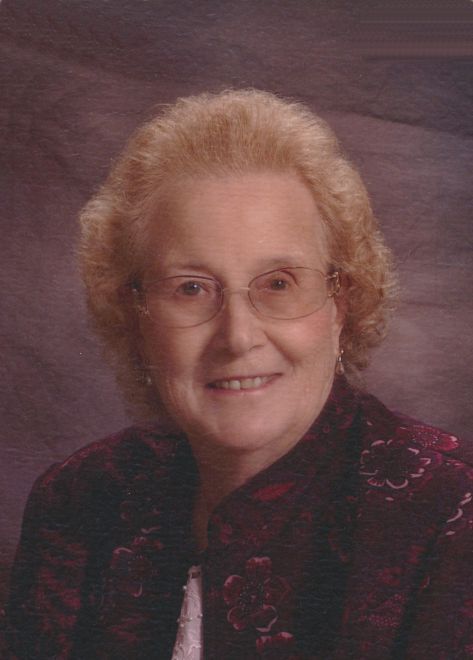 Phyllis was a salesperson at the Larsen Co-op in Larsen, Wisconsin, for over 20 years. She was also a member of the Winchester Area Historical Society. She enjoyed dancing, embroidery, tending her flowers and camping. Phyllis especially enjoyed the time spent with her grandchildren and great grandchildren.

Survivors include her seven children:

Jerold (Yvonne) Rieckmann of Marquette, Michigan, and his family: Terri Jo Saarela and children Davin and Kjerstin; and Jon Rieckmann. There are also numerous step-children, step-grandchildren and step-great grandchildren.

Charlene Rieckmann of Darboy and her family: Zachary Rieckmann (special friend Krystal) and their son, Zayden; Kassidy (Dustin) Riese and their son Kastin; and Tyler Rieckmann;

She is further survived by her brothers, Norman (Delrose) Tiedt and Myron “Mike” Tiedt and her sister-in-law, Murial Tiedt; and her beloved dog, Daisy. She was preceded in death by her brothers Ray and William (Sally) Tiedt.

Funeral services will be at 11:00 a.m. on Tuesday, August 5, 2014, at MOUNT OLIVE EV. LUTHERAN CHURCH, 930 East Florida Avenue, Appleton, with Rev. Robert Raasch officiating. Friends may call directly at the church on Tuesday from 9:30 a.m. until the time of services. Interment will be in Highland Memorial Park, Appleton. In lieu of flowers, a memorial has been established to benefit the Grace 100 project at Mount Olive Ev. Lutheran Church. The family would like to extend a sincere thank you to the staffs at Mayflower Assisted Living and ThedaCare at Home Hospice for their loving care. Online condolences may be offered at www.wichmannfargo.com