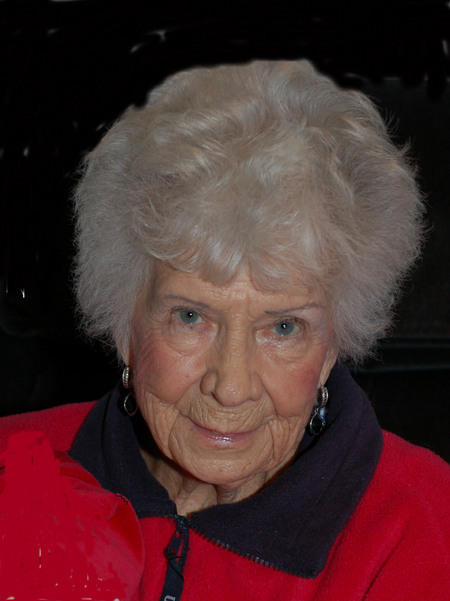 Phyllis Mae Gallardo died at St. Elizabeth Hospital on April 14, 2009 at the age of 84. She was born on December 1, 1924 in Seattle, WA to the late Philip and Sigrid Lila (Walimaki) Beale.

Phyllis spent her childhood in Issaquah, WA, Salmon Arm, B.C. Canada, and Ketchikan, Wrangell, and Juneau, Alaska. She met and married Norman Birkholz in Juneau, AK in February 1943. Together they had two children who survive them. Norman preceded her in death in 1997. Phyllis married Leo Gallardo in Colorado in 2000, and they lived in Las Cruces, NM until his death in 2005. Phyllis moved to WI in 2008 and resided in Appleton until her death.

Phyllis will be sadly missed by her “kidlets”, her beloved dogs, Jerry and Blanca.

The family would like to thank her oncologist, Dr. Meenakski Thirunavu and the St. Elizabeth Hospital Four South nursing staff for their wonderful care and support.

In honoring Phyllis's wishes a private family service will be held. Phyllis will be laid to rest at Highland Memorial Park Cemetery at a later date.