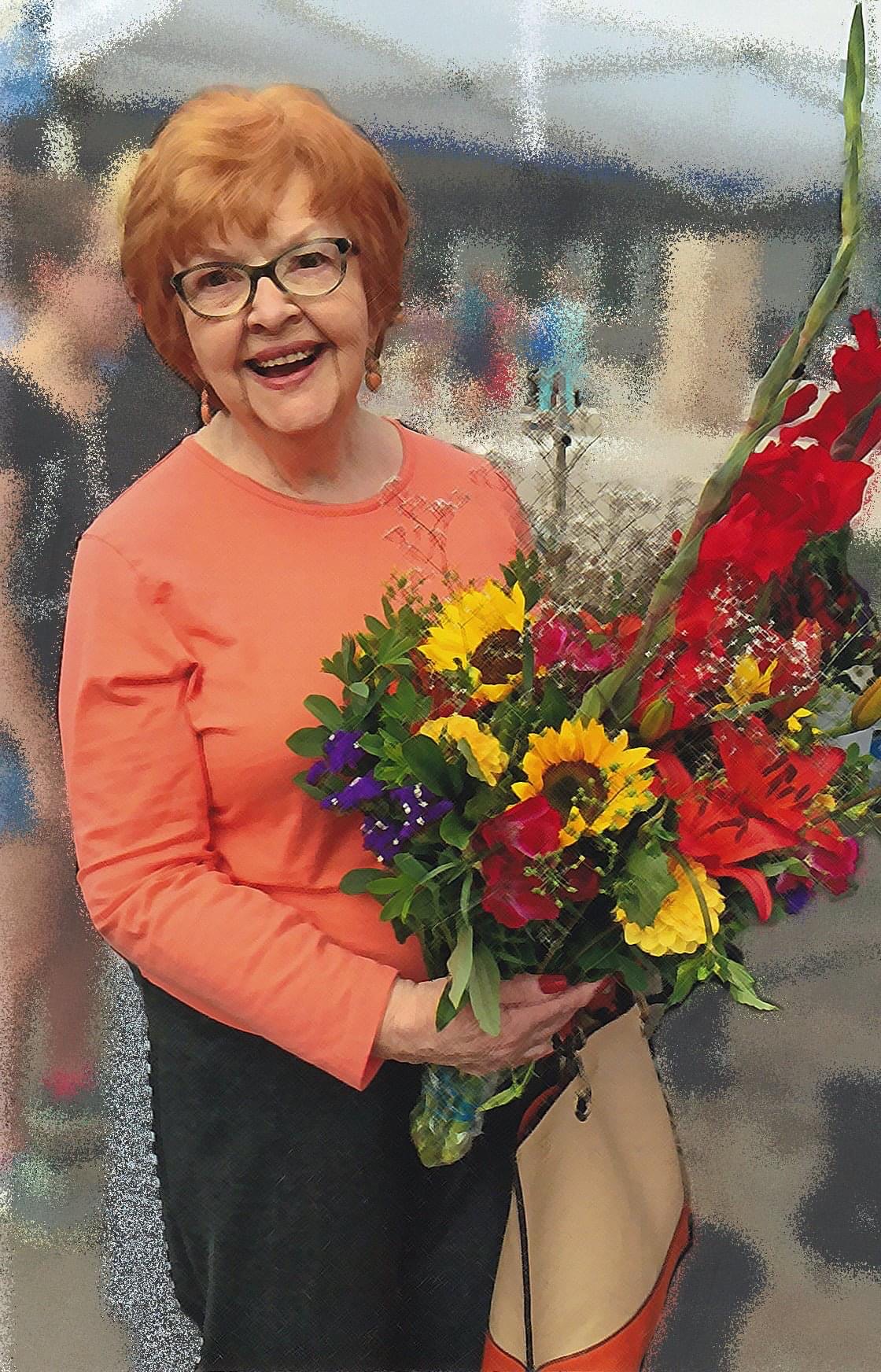 Phyllis’ father, Otto Maves, was a Greenleaf blacksmith and farmer. Her mother, Helen, worked in the home and provided for her five children. The family survived the Great Depression, and all the children learned to take care of themselves and to be independent.

Phyllis graduated from DePere High School in 1944. She attended the University of Milwaukee Nursing School where she graduated in 1947. She made several life-long friends from her time in nursing school. She practiced her chosen profession in Milwaukee until her marriage to the late Thomas F. Erbach in 1951.

She moved with Thomas to Rochester, NY, where she gave birth to Steven in 1952. Moving back to Milwaukee, she gave birth to Katherine in 1953 and Daniel in 1955. The family moved several times during this period. Daughter Jane was born in Galesburg, IL, in 1959. In Monmouth, IL, Phyllis was divorced from Thomas in 1960.

Phyllis moved in 1960 with her four children to her brothers’ farm in Crivitz, WI. From there she moved to Appleton in 1961 to resume her nursing career. Her children remember that she worked nights at the Lawrence University infirmary and at Appleton Memorial Hospital. The kids would go off to school while Phyllis slept on the couch.

In 1963 she married Raymond Ebben, and they moved to a new home on Pershing Street in Appleton. Phyllis gave birth to Mark in 1964.

Phyllis reared all of her children to be independent. It shows in how widely scattered they’ve become: west coast, midwest, east coast, and Saudi Arabia!

Phyllis was a great cook. She always claimed that she couldn’t do it unless she had a recipe, but once she had that there wasn’t anything she couldn’t cook. She had the great cook’s touch, and the good sense to know that something would turn out well even if she’d never tried it before. She was born to cook!

She was also a great seamstress. She made most of her own clothes and anyone can tell you how classy she always looked. She sewed for many others, too, and had her own label made for her creations: P. M. Fashions.

Her sense of justice for women drove her away from sterile conservatism (she was a Goldwater Girl in ’64) and into more socially aware liberalism. Yet she was a farm girl and a Depression brat, too, and an old-fashioned lady who believed in hand-writing letters and sending thank-you notes.

Phyllis passed her love of reading on to her children. She kept a binder (alphabetized by author) of all the books she read with a four-star rating system. Thousands of books. She passed her good humor and pleasant demeanor to her children, too.  She belonged with salt-of-the-earth farmers and World War II veterans. She was proud of her family, never tolerating anyone criticizing them (except her!).

Later in life she began to love “bling”. But it wasn’t the jewelry that made her sparkle; it was her eyes, her smile, and her wit.

Phyllis lived on her own for a little while after husband Ray’s death in 2002. Her life then was about visiting friends, sewing, lunch with friends, sewing, travel, gardening, sewing (did I mention that?), and family.

Then daughter Kate moved in with her to make things easier. Sister Jane moved Phyllis to Virginia in 2010. She came back to Wisconsin to live with Kate in 2016. But by 2018 it was clear that Phyllis needed more constant care. So that’s when she became a resident at Matthews of Neenah, her final home, where she lit up the lives of everyone there.

Phyllis is survived by her sister Mary Bellor of Falls Church, VA, and her five children, eleven grandchildren, and nine great-grandchildren.

Phyllis was preceded in death by her husband, Raymond P. Ebben, and her three brothers: John, Donald, and Carl Maves.