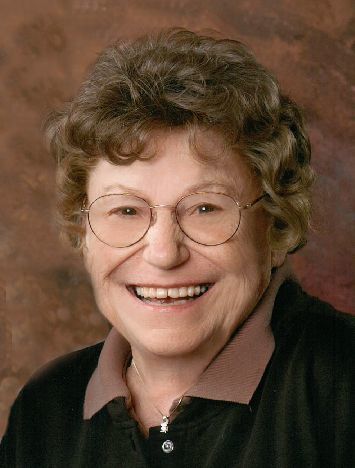 Phyllis L. Moore, age 91, of Appleton, both arrived and departed the Earth on August 1st. She was born in Sioux Falls, South Dakota in 1925 and soon moved to Wisconsin Rapids where she was a graduate of Lincoln High School in 1943. She married Ken H. Denis in August 1946 in Nekoosa, WI. They lived in Madison, Chicago, Detroit, and settled in Appleton in 1956. They were active members of the Newcomers Club, Stardusters Dance Club, Couples Bridge, and the Elk's Club. She was also an active member of her church and the Garden Club. They attended Packer games before Lambeau Field was built and became season ticket holders when it opened. They traveled to Super Bowl I, the World's Fair, and enjoyed many years at the Denis Cottage on Pleasant Lake. Phyllis later married George E. Moore Jr. in July 1990 in Appleton. They enjoyed Badger Games, travel to the Rose Bowl, numerous Navy reunions around the US, a long trip to England, and time with their new families.
Early on, Phyllis was employed by Western Union in both Wisconsin Rapids and Madison. She was the first woman allowed into the press box at Camp Randall Stadium to send the scoring updates of the Badger/Navy game back East. She was later an insurance agent in Appleton. She spent many years as a brave single mother taking adventures out West and making sacrifices for her family. Phyllis was proud of her involvement in various volunteer positions at church, her daughter's schools, the Woman's Club and over 25 years with the Salvation Army.
Survivors include her daughters, Mary (Mel) Nyman and Jackie (Bryce) Jacoby; grandchildren, Melissa (Mike) Nyman-Nygaard, Jennifer (Hans) Rufenacht, Bill (Danielle) Nyman, Mike (Nichole) Nyman, Elizabeth Jacoby and great grandchildren Veda Rufenacht and Ali and Jason Harke. She is further survived by her stepfamily, George (Cindy) Moore, Louise Moore, Trish (Jim) Prior, grandchildren, Caitlin Moore, Marissa (Tom) Knight, Cody Morales, Nick Celehar. Sisters, Geraldine VanWinkle, June Kronholm, in-laws, Lela Denis, Laverne Denis, Bill (Karen) Moore and Fred Moore. She was also blessed with a close extended family including many nieces, nephews, and a great group of special friends including; Harv and Patty, George and Marie and Maureen.
She is preceded by her parents, Glen (Emma) Schutz Watson; brother, Clarence “Bud” Watson; ex-husband, Ken Denis and husband, George E Moore Jr., brothers in law, Sid and Hal Denis, Denis Opperman, Herb Kronholm Sr., Walter VanWinkle and grandson George Moore IV.
She was a lifelong learner and a voracious reader. She will be remembered by her love to all through her great cooking and entertaining skills, and her ability to speak her mind, and her social grace.
A celebration of her life will be held at FIRST CONGREGATIONAL UNITED CHURCH OR CHRIST, 724 E. South River Street in Appleton on Friday, August 5, 2016 at 12:00 p.m. with Pastor Jeannie Douglas officiating. A time of visitation will be held on Friday starting at 10:00 a.m. until the time of the service. Inurnment will be held at Highland Memorial Park in Appleton at a later date. Online condolences can be offered at www.wichmannfargo.com. In lieu of flowers, Phyllis's family will forward donations to the Salvation Army Kitchen and Brewster Village Activity Fund.
Special thanks to the staff of Ministry Hospice and all the staff at Brewster Village Broadway that gave amazing care while becoming good friends.